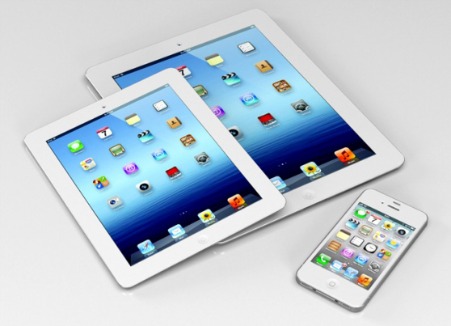 Yesterday Mobile Magazine reported that a special Apple event was coming on September 12th that would likely see the announcement of the iPhone 5 and even possibly the new 7-inch iPad. While iMore was the first to unofficially confirm the news, it seems that sources have also passed the same news to AllThingsD. With two major news sites behind the rumored event, it seems more than likely that it is really happening after all.

Another piece of evidence that big things are stirring at Apple can be seen if you take a look at their inventory purchases for components. In the June quarter the prepayments of inventory rose up by a staggering $1.15 billion, a move that makes it clear that they are preparing for something. In fact this is the highest level that the company has had in four years, which seems to indicate that they are preparing for more than one product launch.

While the new movement in purchases doesn’t necessarily mean that September 12th is the true date of the reveal event, we do know that something is coming sooner rather than later and this time frame makes a great deal of sense. Are you planning on getting your hands on the new iPhone and, if rumors prove correct, the iPad Mini?