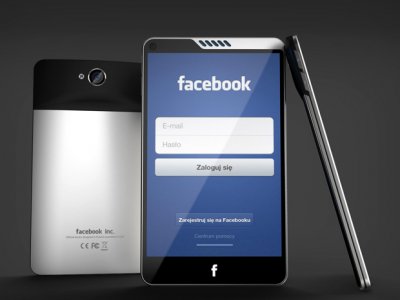 Rumors have been flying recently about HTC’s intimate work with Facebook to create a “Facebook Phone”, but how much legitimacy is there to these claims? According to Mark Zuckerberg, through a Facebook Earnings Call today, there is no reason to make an actual Facebook phone. Zuckerberg pointed out that Facebook is the most-used app on all mobile platforms, meaning that basically every phone out there is a Facebook phone. This is in stark contrast not only to the rumors of HTC’s involvement, but also to claims from the New York Times that suggest Facebook has been stealing away a few engineers from Apple to work on their phone project. Pretty cut and dry, there is no Facebook Phone, right?

Actually, it’s really quite hard to call for sure at this point, but if you take a closer look at Zuckerberg’s direct comments, you start to see that he was very careful with his word choice, which might mean that the statements he gave where only a half-truths at best.

“There are lots of things that you can build in other operating systems, as well,” Zuckerberg said, “that aren’t really taking — that aren’t really like building out a whole phone which I think wouldn’t really make much sense for us to do.”

Dissecting that statement, Zuckerberg basically says they wouldn’t make a whole phone themselves and he also alludes to the idea of a completely new OS not being part of the strategy, but he doesn’t necessarily say they wouldn’t work with partners on a phone and use an existing platform (like Android) with a specialized, highly customized UI, similar to the Kindle Fire. This is obviously just my opinion on how to interpret what Zuckerberg said, so take it with a grain of salt.

Later Zuckerberg also mentioned that Facebook wants to not just have apps that people use, but as deeply integrated experiences in these systems as possible. Combining these various statements, it seems very possible that Facebook is working on something. What that something is though, it’s hard to say right now but time will tell.