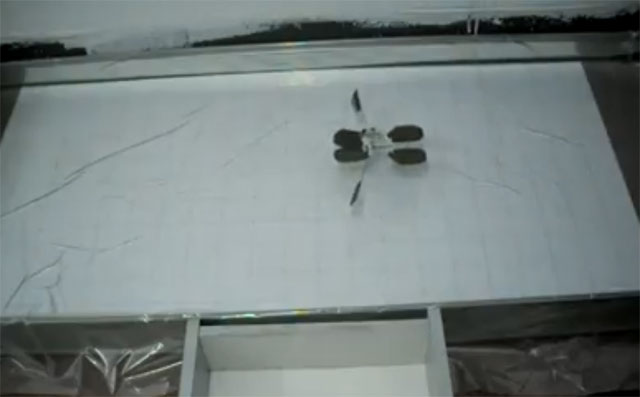 The world of robotics oftentimes takes its inspiration from the real world. That’s why we still have scientists working on humanoid robots that can walk, run and climb stairs. What if I told you that scientists have now developed a robot that acts like a water strider, able to actually jump across the surface of water? Well, they have and the video is below.

This incredible little robot is the creation of Jie Zhao and his colleagues at Harbin Institute of Technology in China. The water strider-like robot is made with water-repellent nickel. This allows it to “float” on top of the water and then with its robotic legs, it is able to propel itself into the air and leap forward. No, it’s not the fastest thing in the world, but it’s still pretty amazing to see.

To put things into perspective, this robot weighs approximately 1,000 times what an actual water strider weighs. Looking ahead, more advanced version of this robot could be used for surveillance missions by the military or for other government projects where they need to transverse a body of water. No one would ever suspect a water strider of spying on them, right?