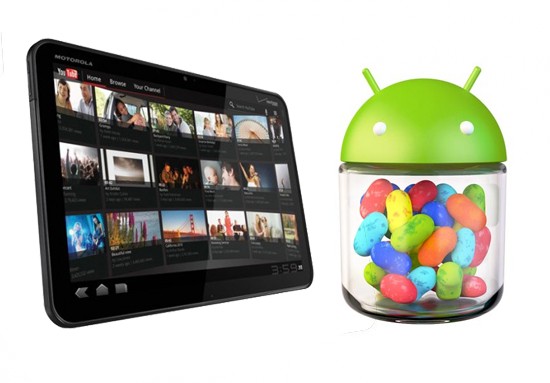 The Motorola Xoom WiFi was one of the very first tablets to get its hands on Ice Cream Sandwich, with that in mind, it seems only appropriate that the same thing will be happening with Jelly Bean. At the moment no official delivery date has been set for the general public but certified testers who signed up for a pre-release are now getting the first taste of Jelly Bean on their Xoom tablets. The pre-release version doesn’t come with the pack-in of Chrome (though you can get it through the Play Store), and likely has a very bugs that haven’t been worked out yet, but otherwise it is largely the full Jelly Bean experience.

For those who aren’t certified testers and are not content to wait until a true rollout occurs, it is very likely that there will be work-arounds that will allow users to install the pre-release unofficially with a little bit of tinkering. While Jelly Bean’s pre-release might not be 100% flawless yet, it is still awesome to see that the Xoom isn’t getting left out of the dust when it comes to the new features, like Google Now, found in Android 4.1.