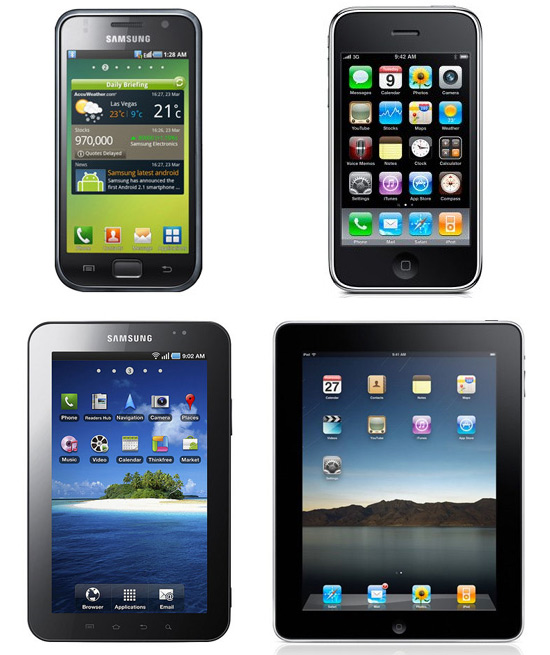 The Samsung and Apple patent war has certainly had some interesting ups and downs so far, with recent events including the extension of the Galaxy Tab 7.7 ban in Germany and other parts of the EU and, in contrast, a decision in the UK that requires Apple to post notifications online and in newspapers stating that the Galaxy Tab line didn’t copy Apple. As you can tell, the battle is not only heated but the results of the legal war vary considerably depending on where they are fighting at in this globally-reaching dispute.

Regardless of whether you feel that Apple’s stance against Samsung is right or wrong, it seems that a new damning piece of evidence has now reached Apple’s hands. A set of documents have leaked out that Apple plans to use in court, in which Google warned Samsung that the design for the Galaxy Tab and  Galaxy Tab 10.1 were too similar and even famous designers apparently cautioned Samsung that the Galaxy S looked too much like the iPhone because of its shape and overall design elements. Apple hopes to use these internal memos to help prove that Samsung intentionally designed their products to look as close to the iPhone and iPad as they possibly could. It’ll be interesting to see what a Judge makes of all this. Supposedly, according to All Things D, Samsung has soon internal design presentations from 2006 that show a UI very similar to that in the iPhone and might use that as part of the argument, or even that Samsung may make mention of how many of Apple’s designs even seem to mimic early Sony designs.

It’s hard to say where the next chapter in this war will lead, but it’s clear that we have yet to see anything yet and a rocky road of legal proceedings still lie ahead.