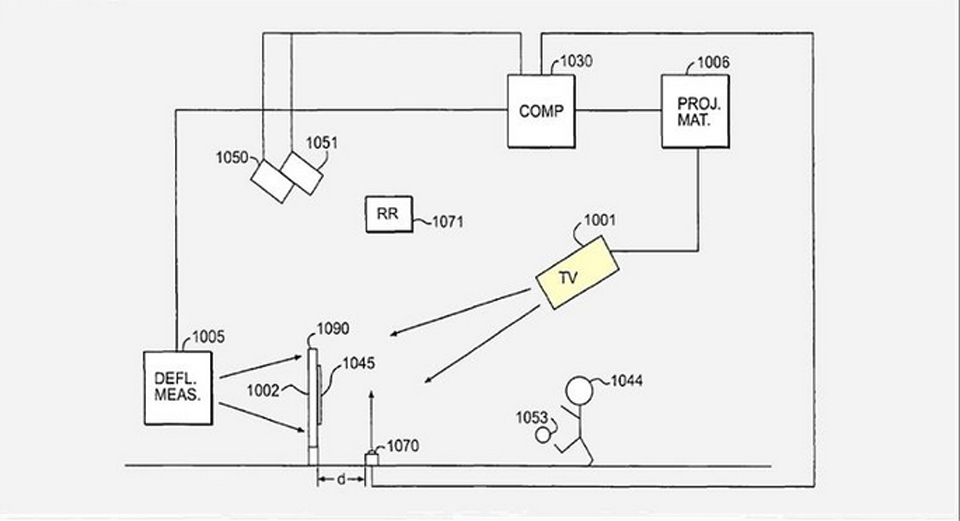 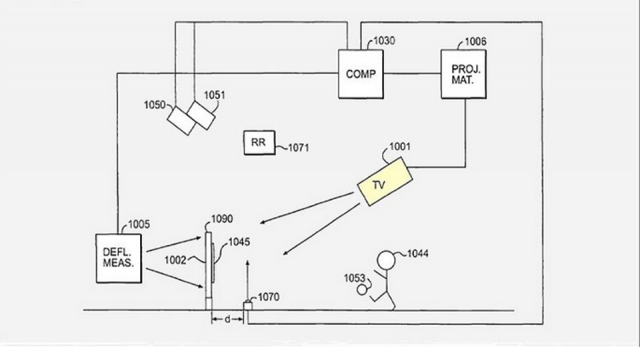 When you have as much money and power as a company like Apple you can do just about anything and that includes making up your own dimensions, as a new Apple patent for 5D technology clearly shows. What is this mystical new 5th dimension that Apple discovered? It’s actually just a marketing gimmick, and is actually a set of unique TV, gaming and motion-based applications that they apparently decided would be deemed “5D Technology”.

This unique technology patent covers a very wide range of uses such as gesture-based gaming like the Kinect, Wii and PS Move, but it certainly doesn’t end there, 5D is also all about video-conferencing, and virtual reality gloves for a truly crazily immersive living room entertainment experience. Supposedly these futuristic gloves could handle changes in resistance to electromagnetic forces, heat, air and more Sci-Fi stuff.

5D doesn’t stop there though, its also about tactile feedback technology, which would allow you to start a car or other device through a handprint instead of keys or buttons. This is a VERY broad patent as you can tell and makes me wonder if they have some all-encompassing use in mind for all of these technologies or simply started thinking up the strangest possible future-use ideas and throwing them into one patent. Either way, I guess it’s nice to see that even in a Post-Jobs world Apple continues to think of new innovative ideas. While 5D technology sounds unique, I wouldn’t expect any of these patented uses to show up in Apple products for quite a long time.