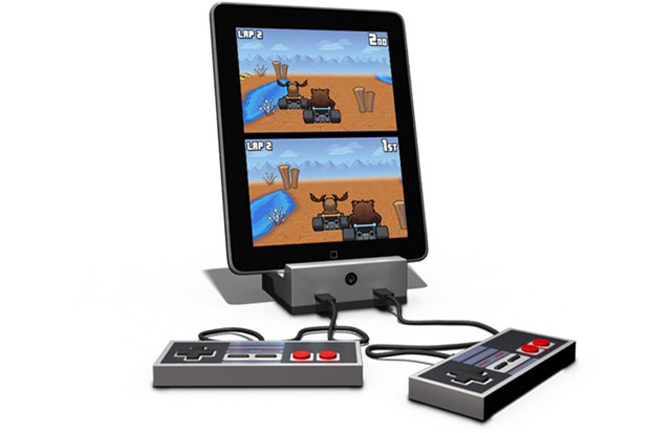 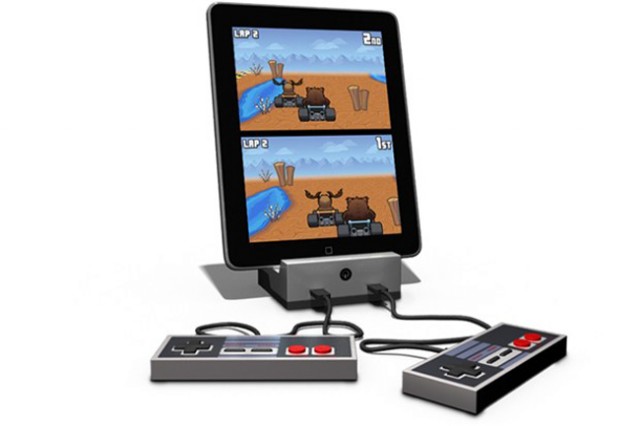 Yes, we already know about the iCade and Ouya, but what about the nostalgic value of curling up with your favorite NES title from the 80s? The newest creation is called the GameDock and it effectively lets you convert your iPhone, iPad or iPad touch into a retro video game console, complete with two player support and HDTV output.

The dock itself looks relatively simple with a place to dock your device. In the front, there are two USB ports that can easily accept modified NES-style controllers for two players. And then around the back is the HDMI output to connect to your HDTV. The developers took advantage of the pre-existing Bluetooth input standard from the Ion Audio iCade, since it already provides support for over 100 iOS games.

You can check out the Kickstarter page for more information and to pledge your cash. The $100 early bird is sold out, but if you pledge at least $125, they’ll send you a ready-to-play GameDock complete with the two retro USB controllers and an HDMI adapter. Bump that up to $150 and you’ll get “a bundle of games” too. They’ve set a funding goal of $50,000 and with 27 days to go, they’re already up over $40,000 in pledges.