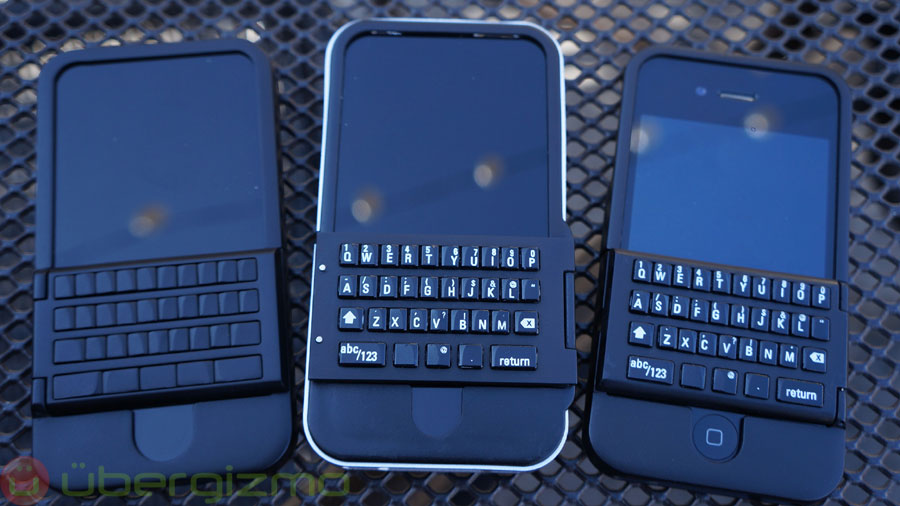 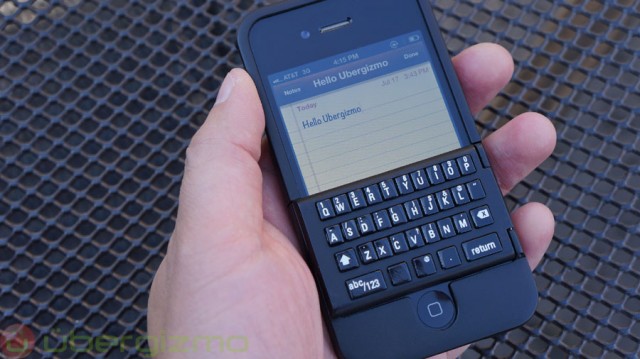 While the Blackberry fanbase continues to decrease, one feature that has managed to keep some Blackberry fans from switching has been the physical keyboard. While former-RIM fans have migrated to other platforms such as iPhone, many of them have stuck with their aging Blackberries simply because its built-in keyboard is really hard to beat. If you like the idea of an iPhone with a physical keyboard, SoloMatrix’s Spike is really going to interest you. The Spike keyboard is not only a physical keyboard that clips onto your phone screen, it is also a protective case. There are two models, the Spike 1 and Spike 2, though both are rather similar with the biggest difference being that Spike 2 makes it easier to get the keyboard out of the way while not in use.

While Solomatrix’s keyboard doesn’t seem to be quite as good as a physical Blackberry keyboard, it’s not to far off from it. Solomatrix uses a programmable capacitive contact surface with its keyboard that can adapt to any virtual keyboard changes and allows the whole keyboard system to work flawlessly. For those times when you want to use the full-screen without the keyboard, you can simply flip the keyboard on the side. For the moment, these are just prototype devices and SoloMatrix is still working to get funds through Kickstarter in order to fully launch the keyboards onto the marketplace. According to the company, they plan to make the most affordable version of the keyboard price at just $35, and considering the keyboard is also a case, that’s not a bad value at all.

While I personally have reached the point that I almost type as fast on a capacitive touch keyboard as I do with a physical one, this isn’t the case for everyone. What do you think of the Spike, would you consider purchasing one for your iPhone?