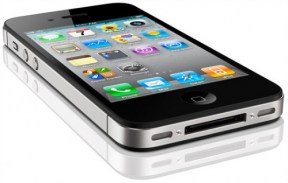 Every time we turn around someone is ‘leaking’ or revealing something new about the next iPhone. One of these new pieces of information include a new front-casing that includes a centered FaceTime hole, but that’s not all. Apparently, WSJ has also divulged some new information about the Apple iPhone’s display. Supposedly LCD makers such as Sharp and Japan Display are mass-producing panels for the new iPhone that use in-cell technology allowing them to become even thinner.

Right now most LCD capacitive displays require a layer to display imagery and a second layer that houses the touch sensors, but the new technology would only need one layer. The end result could either be that the next iPhone is going to be thinner, or simply that Apple will have extra room in the design that they can use for other features and components. Regardless, the huge amount of rumors that seem to be turning out on a near-daily basis are strong indicators that people are more than ready for the next iPhone.