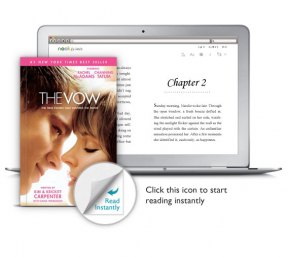 Barnes & Noble launched its own “Nook For Web” experience today, allowing Nook to compete against iBooks, Kobo Instant Reader and Kindle’s Cloud Reader. Part of the goal for e-book programs at this point is to have a very wide list of supported platforms, and adding the web opens up Nook to a lot of new devices and systems that it wouldn’t have necessarily supported previously, at least in theory.

A big reason why many of these e-book companies have transitioned to web-based programs has to do with the fact that Apple locks down the e-reader app experience, since you can’t link to your own store within a non-Apple e-reader app. You’d think this new move would mean that iPad and iPhone users would ditch the Nook app in favor of purchasing and reading from the browser, but unfortunately the “Nook For Web” Experience seems limited only to PC and MAC.

Attempting to run Nook For Web on any non-PC or MAC browser will result in an error saying you have an incompatible browser. This is a shame because it would be interesting to see Nook For Web make its way to any device that can access the web, such as the iPad, Android tablets, and even portable gaming systems like the PS Vita and 3DS.

According to the company, Nook for Web works in any major PC or MAC web-browser such as IE, Firefox, Chrome and Safari- though there is no word on whether or not they intend to open that up to allow Nook For Web on mobile devices.

In order to get more people to try out the new web-based Nook system, B&N is offering six titles for free: Map of Bones by James Rollins, The Vow by Kim Carpenter, Sex and the City by Candace Bushnell, The Boxcar Children Summer Special by Gertrude Chandler Warner, Brave by Tennant Redbank and Perfect Island Getaways by Patricia Schultz. The books can be downloaded for free up until July 26th.