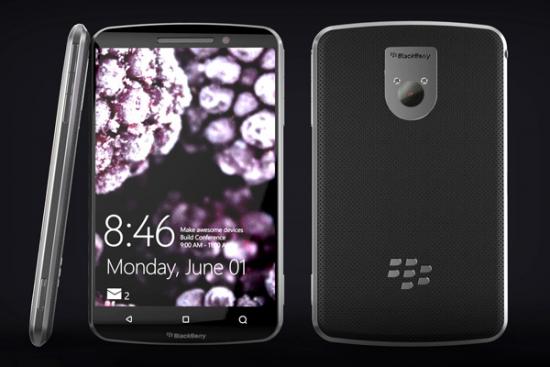 Recently Microsoft has been gaining an increasing amount of attention when it comes to Windows 8 and Windows Phone 8. On the tablet side of things, we’ve seen that Windows 8 offers something different from traditional Windows and even is taking the change a step further and rolling out their own hardware in the form of the new Microsoft Surface tablet.

While Windows Phone 7 hasn’t exactly sold like hotcakes, it does have a small fanbase and Windows Phone 8 looks like it has the potential to increase that fanbase with better enterprise features, the use of standard NT core from Windows 8 and overall tighter integration with Windows 8 and RT (The ARM version of Windows 8 for tablets).

Since Windows Phone 8 seems set on a course for change in the mobile universe its not surprising that there has been speculation of a Surface phone or even a RIM Windows Phone device. For the Surface Phone, it seems at least somewhat feasible that if MS is willing to do their own hardware in the tablet space, why not take that a step further with a mobile phone, too?

Thus enters the Microsoft Surface Phone concept by Jonas Daehnert, even though Microsoft has already firmly stated they have no interest in making their own phone hardware. With tablets, MS is entering a space where they haven’t proven themselves and so it makes sense that MS wants to release the Surface as a cool way of showing off what Windows 8 and RT have to offer. A sleek, sexy MS tablet is a good way to kickstart their aggressive new mobile campaign, and can still compliment other Windows 8 offerings from its partners. Okay, so why not in the phone space? First off, everyone knows what Windows Phone is, even if it hasn’t seen great adoption so far. With Windows 8, many still just assume a Windows 8 tablet has the same ole’ Windows on it (just like Windows XP, Vista, and 7 tablets)- so Surface is a great way to get the public’s attention and say, “Hey, this isn’t your grandpappy’s Windows tablet”. While Windows Phone 8 offers changes, partners like HTC and Nokia are established in that space, and a drastic hardware move doesn’t seem needed- yet. It’s still possible MS will re-visit the idea, just don’t expect a Surface Phone announcement anytime in the very near future.

As for RIM, its no secret that Blackberry is in trouble. With Blackberry 10 going through delays, concepts like the one from Michal Bonikowski have popped up, exploring the idea of RIM abandoning their self-made OS business model and instead switching to Windows Phone 8. While the idea is interesting, RIM doesn’t seem to be giving up on B10, and continues to work hard on trying to get it out as soon as they can. While I think RIM’s days are numbered unless someone buys them out eventually, the switch to another OS is either never going to happen or at least won’t happen until after B10 comes out, and that’s providing it turns out to be a total flop. Keep in mind RIM isn’t big in the US anymore, but globally it still has fan, especially in the Asian market.

While I wouldn’t hold my breath for either of these concept devices, they still look awfully cool and help provide food for thought at the very least.