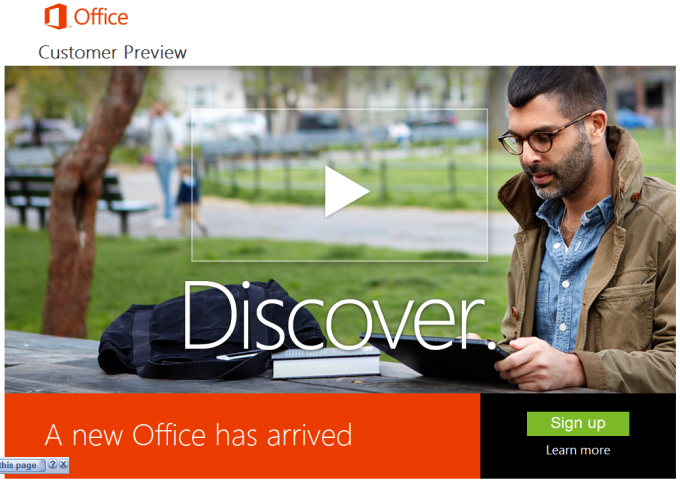 Windows 8 sees the dramatic evolution of Windows from a PC-OS to a mobile-optimized, Metro-Themed OS. Windows Phone 8 sees tighter integration with Window 8 and a shift from the Windows CE core over to NT- the same base core used for desktop versions of Windows. Since its early DOS days, MS has been a OS-only company instead of a hardware producer, and yet they recently announced their own tablet hardware under the Microsoft Surface name. See a pattern of change here?

The Mayan calendar ends in late-2012, an event which some believe signals the end of the world, but perhaps instead its the end of traditional Microsoft products as we know them. Not wanting to be left out of the change, Microsoft Office  has also begun a new era of transformation with Office 2013. Today, Microsoft officially unveiled the next iteration of Office and even is allowing consumers to try it out for free through a “Consumer Preview” before it hits store shelves.

Office 2013 is not only highly optimized for touch, with features like pinch and zoom within documents, but it also has the ability to instant message from Outlook and many more new additions. With Office 2013 you can look at your presentation notes in PowerPoint without showing them to your presentation screen, and includes several new applications, integrating both Skype and Yammer into the Office experience. Signing up to Skype through Office will even give you sixty minutes of Skype world minutes, each and every month.

As for Yammer, for those that don’t know, it is a private social network service for businesses. Another fresh change to Microsoft’s Office is cloud integration through SkyDrive, allowing users to grab their documents anywhere they go and allowing you to log into any computer with your Office settings to view all your files, templates and other info on tablets, laptops, desktops and even Windows Phone devices.

On top of all these new features, the overall look of Office has also seen some pretty big cosmetic changes, too. While I haven’t yet personally gotten the opportunity to try Office 2013 (beyond popping up Microsoft Word once to try it out), it looks to have a lot of potential. The newest version of Office will also be included with all Windows RT (ARM) tablets, giving yet another reason for users to consider purchasing a Microsoft Surface or Windows RT tablet.