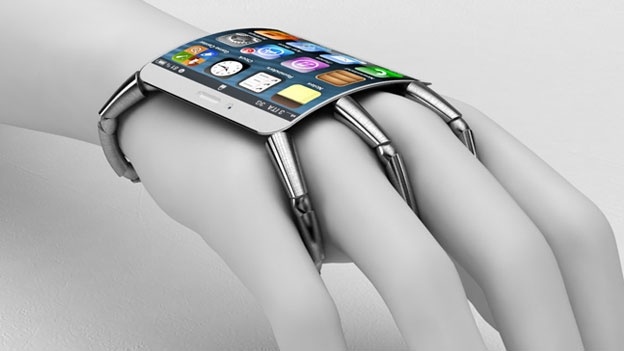 What if the iPhone were semi-permanently attached to your hand in some weird twist of bio-electronic engineering? We’re getting closer to that reality with the so-called iPhone 5 Spider concept. Instead of being a conventional smartphone that you hold in your hand, it has spider-like legs that wrap around the back of your hand.

Of course, the iPhone Spider is hardly an officially sanctioned design from Apple and it’s unlikely that something like this will ever make it to production. Even so, it does present an interesting way of reinventing the cell phone. It’s like taking the iPod nano watch to a whole new level and, looking to inspiration from sci-fi movies, a hand or wrist-mounted computer really isn’t that far-fetched. It’s what Predator had, after all.

Designer Federico Ciccarese is the creator of the iPhone 5 Spider concept. While spiders have eight legs, this version only has five metallic legs. They wrap around the spaces between your fingers, holding on tightly like a face-grabber from Alien. Hopefully this one actually lets go when you want it to.