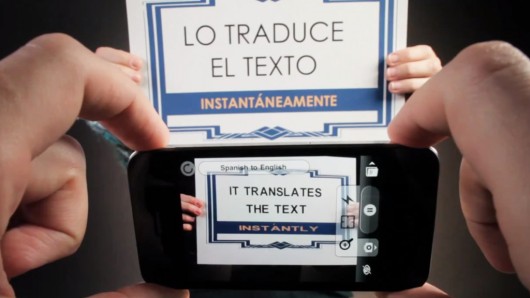 What if you could easily capture text in a foreign language using your Android device’s video camera and instantly translate it into another language? That’s exactly what the Word Lens translator app is all about, but since its release in 2010 it has only managed to make its way onto iOS devices- until now. The new Android version is available through Google Play now, and essentially includes the same features as the previous version.

In order to do translation of the text you would think that it would need an active Internet connection, but you’d be wrong. Thanks to its built-in dictionary and character recognition technology, you absolutely can use this app without the need for an Online connection.

The original version only allowed English to Spanish translations on iOS, but Quest Visual has recently added French-to-English and Italian-to-English as well. The downside to this app? It isn’t free, at $4.99, and includes just one language pack, with additional languages requiring in-app purchases. While certainly a niche app, it could certainly come in handy for those of us that travel across the globe regularly and need a little help with translating signs, book, and basically anything and everything.