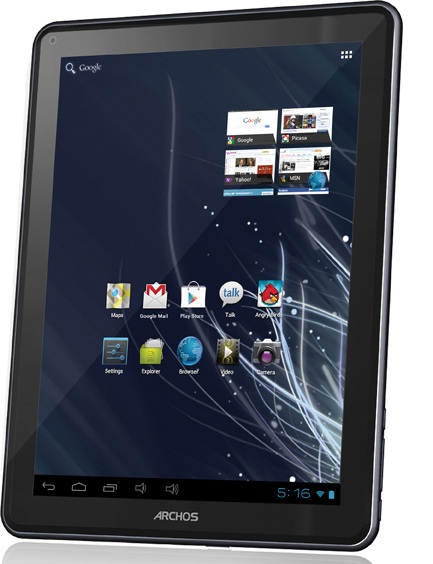 Archos was making tablets well before it was popular to do so, but it has fallen somewhat to the wayside in recent years. A big part of this has to do with the fact that many Archos Android tablets didn’t have access to the Google Play Store, then known as Android Market. That has since changed and we’re seeing a whole new ELEMENTS line of tablets, starting with the Archos 97 Carbon.

As its name implies, the 97 Carbon features a 9.7-inch 5X multitouch IPS screen. There’s Android 4.0 Ice Cream Sandwich under the hood and, thankfully, there is full access to Google Play and the full suite of Google apps right out of the box. Power comes by way of a 1GHz processor and 1GB of RAM. The 16GB model has the same $249.99 retail price as the 16GB Nexus 7, but the 97 Carbon also has a microSD expansion slot and a full-sized USB host port. It has the bigger screen too, as mentioned.

More information can be found on the official page on the Archos website. Expect the Archos 97 Carbon to launch later this month.