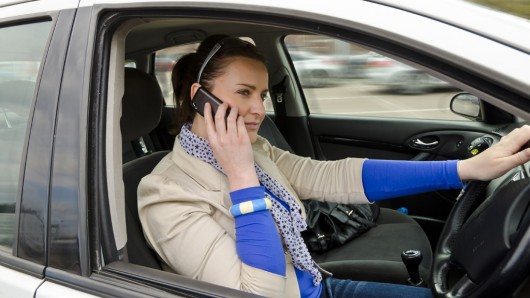 While many of us do it, even if we shouldn’t, the truth is that driving while talking on the phone can be more than just a little dangerous. Whether you are using a hands-free system or not, talking can distract you from paying proper attention to the road, and that’s why more and more countries around the globe have begun passing rules to limit, restrict or flat-out ban the use of cellular phones while driving.

With the idea of banning phones becoming more and more common, researchers in India have begun working on a new technology that will block a driver’s signal but apparently it wouldn’t affect the phones of other passengers in the vehicle. While they don’t highlight exactly all that goes into the process, apparently the system that is being researched would use a very low-range jammer that would detect whether someone is the driver or not, and simply jam that one device. Such a system would probably require a variety of sensors, maybe in the driver seat perhaps, in order to ‘figure out’ who is driving and who isn’t. While I buy the idea of a low-level jammer, I’m still not entirely convinced such a system could effectively block out a driver’s signal without messing with passenger signals as well- though technology continues to surprise me on a near-daily basis, so I could be wrong.

The unique jamming system could even take things a step further such as using an RFID tag to store details about the attempt to use the phone in the driver’s seat. This information could then be sent to the cops for fining/prosecuting, or even to parents of teens through a text message so they knew that their teens were trying to use the phone in the car while driving. While I get the concept, I’m not sure how I feel about such extreme measures being put into place. For those who really want to talk on the phone while driving, they will more than likely find ways around such a jammer, anyhow.