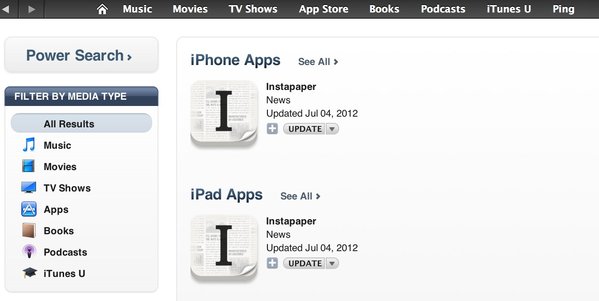 According to a blog post by Marco Arment, the creator of Instapaper, his app started to have some pretty serious issues after a recent update to the app store. After further research, it was soon reported that many other apps that were updated recently also had serious mess ups, though the actual problems vary from app to app.

For Instapaper, it simply refused to load, so Arment went ahead and sent an email about the issue to Apple. The program was fixed, but he never did receive any information about why or any kind of official address from Apple at all. It’s not surprising really, since Apple often has problems (remember early complaints of heat issues with the new iPad) that it doesn’t directly confirm or even adamantly denies.

While there are many apps affected, from what we are hearing, here are some that have had confirmed problems with the latest version:

So is it a big deal to have these kinds of problems from a big company like Apple? There are many that will likely scream “YES, this is AWFUL”, but the truth is that networks require a lot of work to maintain and stuff happens, as long as it isn’t a common issue, I guess I feel like a little slack should be given. What I take issue with is that it seems like companies are afraid that one little problem will make us run for the hill so instead of telling us what is going on they ignore or hide the issue- like that’s supposed to make us feel better? It’s NOT just Apple, many companies could actually gain our trust and confidence if they’d just keep us in the loop about issues, at least in my humble opinion. For example, back in April of 2011, hackers gained control of Sony’s Playstation Network and it was down for a really long time after the attack. It took Sony days before they said or did much publically. Maybe I’m alone here, but I get sick of big companies hiding things from us. Is it because they fear what will happen, such as negative backlash from investors and consumers?

Regardless, I like Apple (for the most part) and believe they will fix these issues soon enough, it would just have been nice to hear something directly from Apple about it, first.  The worst part is that people will download these apps, have problems and negatively score the app, even if it isn’t truly the app maker at fault here. If Apple took credit, they’d get a little negative publicity, sure, but they’d look like heroes in the eyes of the little developer that ends up losing tons of potential customers because these customers incorrectly think the little app developer can’t make a quality product.

What do you think, should companies like Apple tell us like it is or is it better (for them at least) to hold information back and try to ‘hide’ these sorts of problems from the consumer eye?