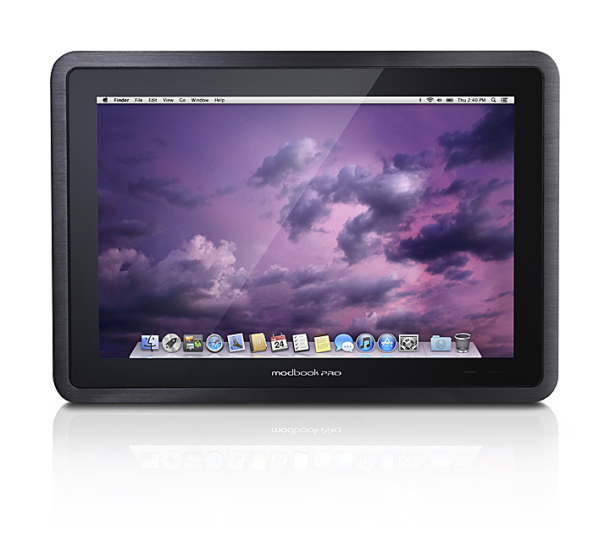 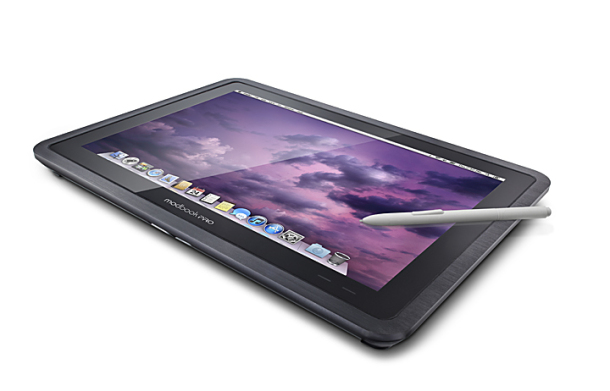 I actually remember hearing about the Modbook many years back. At the time, there was no iPad and the whole tablet market had yet to really take off, but I always thought the idea was at least kinda cool. During these days, the ModBook took stock MacBooks and took them apart, putting them back together as keyboard-less touch-tablets.

The company that did all of this called themselves Axiotron, and while this company has long since appeared, it seems that the idea hasn’t. A new company, Modbook Inc, has formed again and is now creating its own Modbook Pro. The Pro is by the same designers as the original, even if its not under the same company name, and this time takes a 13-inch MacBook Pro for the modification.

While OSX has certainly become more touch-friendly with new iOS-like features in Mountain Lion, its still no iOS, so I’m curious as to how many would actually be interested in such a device. Sure, there is likely to be a small niche of users that want a full PC experience with their tablet, and the Pro could beautifully deliver there- of course it will also have to fight off the competition from similar full-powered PC tablets running Windows 8 later this year.

Overall, there is a reason why the company shut its doors in the first place- they have a cool idea but there just isn’t a huge amount of demand, especially considering the price of using a stock device and doing modifications make the whole thing rather expensive. For now, we don’t know full details such as pricing, but it will all come down to whether or not its affordable enough to be worth it. The majority of us probably won’t want to spend $2000+ on a tablet, but I’m sure there are at least a few users out there that might have demand for such a unique device, and all the company likely needs is a few sales to at least come out even.
What do you think about the idea of a ModBook Pro?