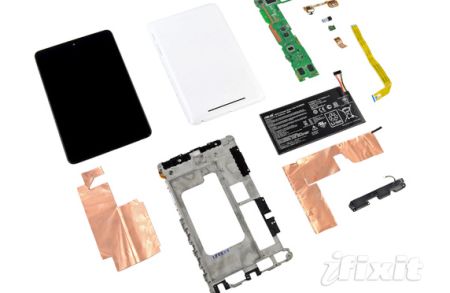 The Nexus 7 is finally here and aims to knock the Amazon Kindle Fire clear out of the water. That being said, it certainly is no iPad killer, but according to iFixit, there is one clear advantage to the Nexus 7’s design versus the iPad- it’s extra space inside makes it much easier to repair. According to the company, the Nexus’s interior was more roomy and used standard tools that made the whole process of fixing it a much less complicated affair. Using their “repairability score” system, iFixit has rated it a 7 out of 10, versus the 2 out of 10 score that they give the iPad.

How important is repairability in the long run though? If a product was designed right in the first place, it actually can be a pretty small area of concern. Still, accidents like cracked screens happen and for some of us, the peace of mind of knowing that repairs can be made is appealing.