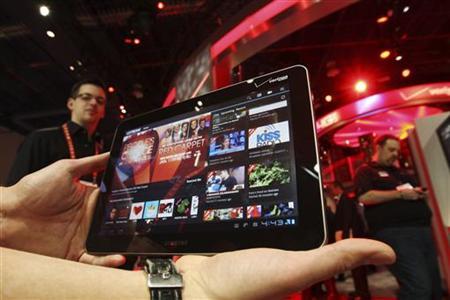 In the last few years, we’ve seen quite an aggressive stage set for the mobile wars, whether its Microsoft versus Apple, Google versus Microsoft, or in this case, Samsung versus Apple. The recent trend of suing everyone and anyone over minor patent infringements has seemingly got at least a little out of hand, but it’s certainly one way to control the market. Recently, Samsung and Apple have been dueling it out in more than ten countries across the globe, accusing each other of various patent violations.

Last year, Apple sued Samsung for too closely copying the design of the iPhone and iPad, Samsung denied and counter-sued but the case is due to come to court this month and it could have some pretty serious implications in the long run. While things are are being settled, several devices such as the Galaxy Tab 10.1 have seen a sales ban in the US, and the most recent attempt on Monday to get the ban repealed has fallen on deaf ears.

Is this destroying Samsung at this point? No, but it certainly can’t be helping, as Samsung was one of the Android leaders in the tablet space, though that’s not really saying much with about 1.6 tablets sold from Jan-to-March, versus about 13.6 million iPads during that same timeframe.

How will everything settle down? At this point it is hard to say, but it is more than possible that it won’t end so well for Samsung in the long run. Does this affect ALL there mobile products? No, apparently just devices that were deemed TOO similar in design. Between the aggressive patent wars and the introduction of new competitors like Nexus 7 and Microsoft Surface, the end of 2012 is looking to be an interesting time to say the least.