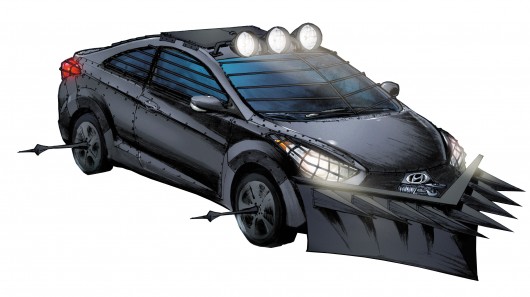 Are you ready for the pending zombie apocalypse? Before you go find a baseball bat and a boomstick, you may want to place your pre-order for the Hyundai Zombie Survival Machine. The concept is being prepared for the upcoming San Diego Comic-Con.

What’s cool is that Hyundai partnered up with The Walking Dead creator Robert Kirkman on the project. While Kirkman admittedly doesn’t “know a lot about cars,” he does “know a lot about the zombie apocalypse and what I would like to have to survive.” Having satellite radio and dual zone climate control is probably less important than making sure that the undead aren’t going to smash through your windshield and eat your brains for breakfast.

Hyundai also worked with Design Craft Fabrication to make sure that the design is practical and not just cool-looking. There’s that prominent zombie plow with spikes in the front, since you’ll be mowing down some of your undead neighbors to get to your next location for example. You’ll also see slatted armored window coverings, a roof hatch, an electric rear trunk, all terrain tires, spikes that jut out of the wheels, a CB radio and PA system, and plenty of weapons storage compartments. It’s like the Batmobile, but for fighting walkers.

And underneath all of that modification is little more than a humble Hyundai Elantra. This is certainly an interesting marketing campaign on the part of the Korean automaker. 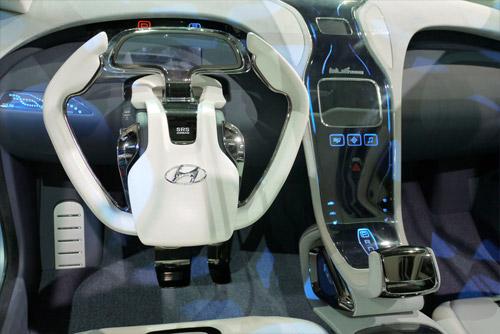