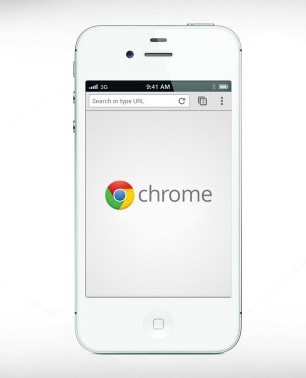 Its seems that Google’s Chrome isn’t just making its way over to Android, an iOS version will be available as well. The new app will arrive for iPad, iPhone and iPod Touch users and will introduce elements such as incognito browsing, syncing and tabbed browsing. More than likely there might be a few changes from the Android version, but more than likely these changes have more to do with integration into the Android platform, after all, Apple’s app rules make it clear that Google can’t use its own WebKit rendering engine tweaks or change the default browser in any way.

We do know that syncing will work, and will allow browser settings across multiple devices when they’re signed in using their Google credentials. What this means is that you can start browsing in Windows, open a few tabs and then log into Chrome on your iDevice. When you start Chrome all the same tabs will be open and ready.

Beyond the announcement of Chrome, it seems that Google’s Drive storage, which allows storage and sharing of documents, will also now work with iOS. By adding Chrome and Drive to iOS, Google hopes to create a more uniform experience for all Google web apps and features across all platforms from Windows to OSX and iOS, and of course Android.

While it isn’t out yet, it sounds like Chrome will arrive sometime later today.