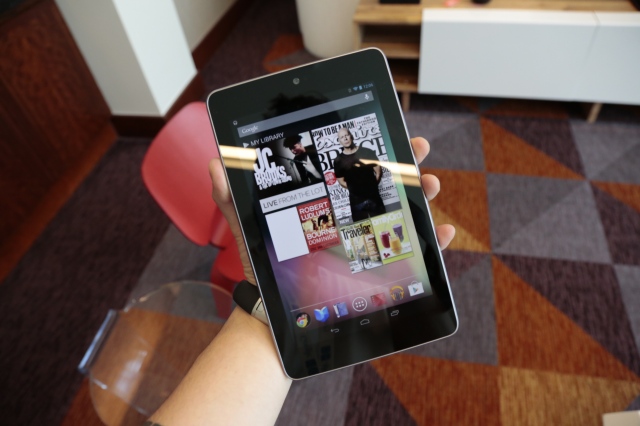 Recently the Google Nexus 7 was leaked out as a supposed $199 Asus/Google tablet that everyone had been talking about for the last few months. Today, Google confirmed that the Nexus 7 was indeed real. The new tablet will run on Android Jellybean, will weigh just 340 grams, will price at $199 and features the same specs recently leaked, which include an Nvidia Tegra 3 processor, quad-core CPU and 12-core processing unit, a 1280×800 HD display, front-facing camera, WiFI, and Bluetooth.

According to Google, the tablet is specifically built with Google Play in mind and will be billed as a media consumption device in a similar vein to the earlier Amazon Kindle Fire. The new Nexus 7 will include Gmail and Chrome browser and will have all the expected Google tools and maps.

Outside of the announcement of the Nexus 7, the company also revealed a unique ball-shaped media player that is actually more expensive than their upcoming tablet. The Nexus Q uses Android and Google Play to stream music and video and will price at $299 for a release in mid-July.

Other interesting goodies rolled out at the announcement include the Goggle Computer, Google Glass, a set of Web-connected eyeglasses that uses real-time streaming of imagery and audio. The unique goggle will sell for $1,500.

I’ve said it once, and I’ll say it again, late-2012 is shaping up to be an interesting chapter in mobile history.