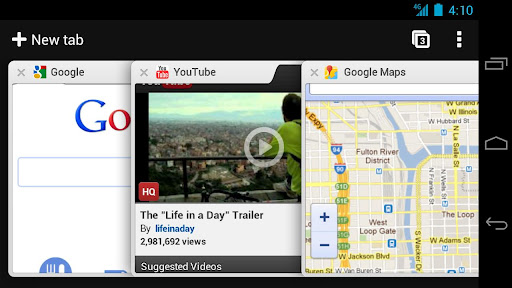 The beta version of Chrome for Android devices has been floating around for a little while, but now Google feels that it is ready for the limelight. Considering how much people love the Chrome browser for PCs and Macs, it goes without saying that Chrome for Android is going to be pretty popular.

Available as a free (of course) download through the Google Play Store, Chrome for Android is currently only compatible with devices running on Android 4.0 Ice Cream Sandwich (or higher). It’s unclear whether Google will eventually port it to Honeycomb and Gingerbread, since they’d rather you keep upgrading to the newest version of Android anyhow.

You can expect to get tabbed browsing, of course, but Chrome for Android also has incognito. There’s also the ability to sync your open tabs with your desktop to read later and the ability to switch tabs “the way you would fan a deck of cards.” They’ve made some minor UI adjustments that are meant to make the browser better for tablets too.