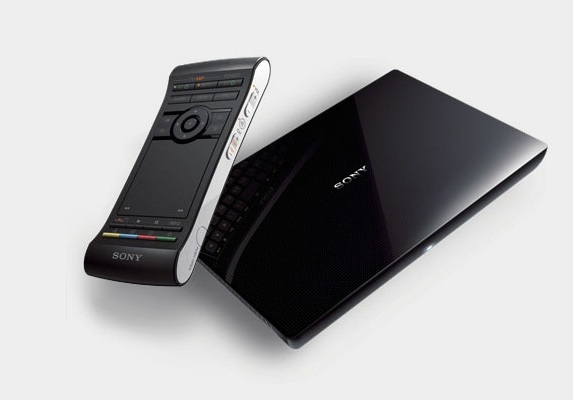 We’ve seen Google TV implemented in certain HDTVs and Blu-ray players already, but the NSZ-GS7 will be Sony’s first standalone set top box to feature the Google TV platform. As you might remember, Google TV is essentially a modified version of Android that lets you stream online services and otherwise enjoy your multimedia content.

It’s like the Apple TV, sort of, except it’s Google. Set to ship July 22, the $199 Sony NSZ-GS7 is being marketed as an “Internet Player,” since you can use it stream such services as Hulu Plus and Netflix. You can also use it for browsing the web and using certain Android apps. The remote control is Bluetooth and, interestingly enough, it has a touchpad on one side and a QWERTY keyboard on the other.

There’s even a three-axis motion sensor in there, which will let you interact with certain Android apps and games like how you would on a smartphone or tablet. If you don’t like the provided remote, you can download the free iPhone or Android app to control the set top box instead.

Realistically, though, I’m not sure anyone would really want to spend $199 for this when there are similar “media players” available in the $99 range. I can’t imagine this will do wonders in improving the adoption rate of Google TV.