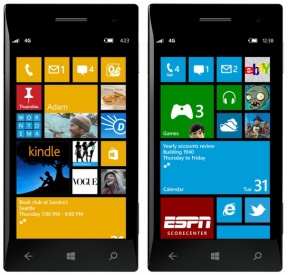 With Microsoft getting involved in mobile hardware with the Surface, it’s not surprising that many believed that MS might consider a similar move with Windows Phone 8. This is a model used by Apple and in recent times even Google has been doing the same with their Nexus line.

According to Information Week though, MS has no plans to do such a thing though, at least according to their conversation with Windows Phone senior marketing manager, Greg Sullivan. Sullivan responding to questions about a possible Surface phone by saying they are satisfied with the existing partnerships in place for Windows Phone and they have no need or interest in their own hardware in that space, at least not for now.

The interesting thing about that statement though is that many of the same partnerships exist on the PC hardware and tablet space, and yet that didn’t stop Microsoft from introducing its own tablet, the Surface. I think the difference here though is that enough people know and understand what a Windows Phone is all about at this point. On the tablet level, many users still think of Windows on a tablet as being the same old Windows XP/Vista/7 that has been thrown on slates before. By introducing the Surface as a reference model, they can get the word out better on what exactly Windows 8 and RT do differently.

With Windows on tablet/PC what choice do partners have but to accept the Surface? Sure, they could focus on Android tablets, but on the PC front, they’d still have to use Windows, unless the switched to a Linux distro, which is doubtful at this point. On the Phone front though, Android is a great alternative that is open to all Windows Phone partners, so it might be more risky for MS to potentially upset its partners with the introduction of a Surface Phone.

While a Surface Phone sounds cool, it seems clear that MS isn’t going to give one to us for a while. On the other hand, if Surface does exceptionally well, they could very likely change their minds sometime in the not so distant future.