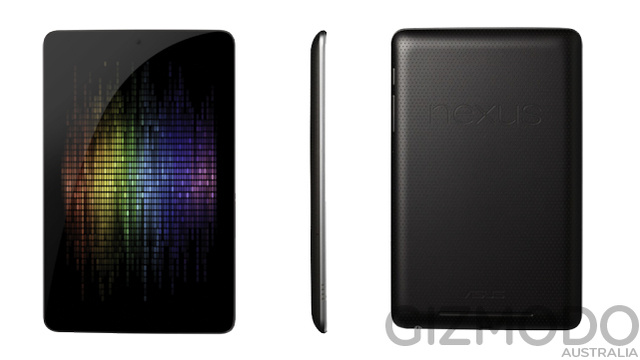 Recently Mobile Mag covered a post about how the Nexus tablet was likely to be unveiled at the Google I/O event, which is now days away. Jumping the gun a bit, supposedly a training document has leaked out revealing what is now believed to be that very tablet. The document calls the device the Nexus 7 with a planned release in July for $200.

According to the document, the Nexus 7 will feature a 7-inch screen (hence the name), a 1.3GHz quad-core Tegra 3, GeForce 12-core GPU, 1GB of RAM and two different storage sizes, 8GB and 16GB. As expected, the document reveals the building partner as Asus. Other interesting bits released in the leak include the use of an IPS display with a 178-degree viewing angle, a 1280×800 resolution, a 1.2MP front-facing camera, a 9 hour battery and NFC that makes use of Google Wallet and Android Beam.

If that doesn’t get you excited, the device will also feature Android Jelly Bean, which is believed to be numbered as version 4.1, and will be the first device to offer the new OS.

The prices sound like they will be $199 for the 8GB model and $249 for the 16GB model. The Nexus 7 sounds really exciting, provided it’s real. For now, take this all with a grain of salt, though more than likely we will know for sure in a few days when the Google I/O event takes place. If the leak does prove real, budget Android devices are in for some pretty stiff competition, and Amazon better have a 2nd-gen Fire in the works if they want to continue to stay relevant in the budget space after this thing hits the market.

What do you think? At $199 for an 8GB model, does the Nexus 7 sound appealing if it proves to be the real deal?