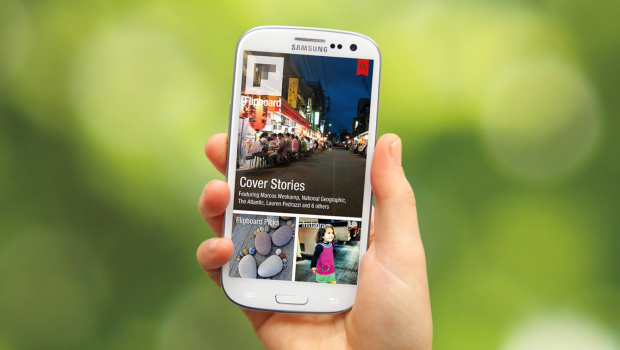 Popular social news reader, Flipboard, has now made its way over to Android after a short beta period. The new app features Youtube and Google+ integration across platforms alongside the other standard features you’d expect from Flipboard. Back in May, Flipboard was first shown off running on Android via the Galaxy S III. Now Samsung and Flipboard will be working together to include the app and a homescreen widget.

Using Flipboard on Youtube and Google+ pulls your subscription infromation and allows you to comment on posts, share, and like directly inside the app, which is great since many news reader apps don’t allow commenting from within the app. Many are favorably calling out Flipboard’s Google+ experience as better than what you’ll find using the official Google+ Android apps, and for those that managed to get their hands on the Beta, this version is largely the same, just more polished. You can get your hands on the app from  iTunes App Store, the Google Play Store, Barnes & Noble’s NOOK Store, Amazon’s Appstore for Android, and Samsung Apps. Flipboard is a great reader that now is available on two of the biggest mobile platforms out there, but for now Windows Phone users remain without their own version. If Windows Phone 8 picks up steam though, this could change eventually.