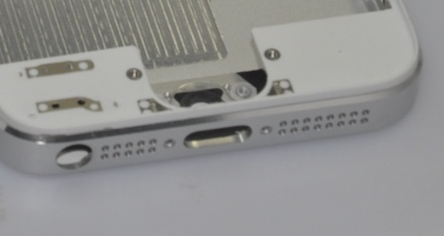 According to TechCrunch, they have independently verified that a new new smaller 19-pin Apple port is in works. While the form factor and actual size are still yet to be revealed, it seems that there may be some truth behind the rumors of a smaller port after all. The new Apple 19-pin iDevice port seems similar to what we already have on many MacBooks with the Thunderbolt port, but TechCrunch says that three independent manufacturers have said that this new Apple port is in fact different.

The 30-pin port has been a standard for Apple since the third-gen iPod and has made its way into thousands of accessories from alarm clocks and radios, to car systems and more. While many users will likely be angry by Apple’s move to a smaller port, they aren’t taking the decision lightly, I’d wager. If the new standard really does prove true, they are doing it because they feel it will better help evolve the technology.

Initially, the iPod used FireWire and/or USB for charging, the move was made to the new 30-pin adapter because it could do more than these other standards (such as audio transfers, etc) and could hold securely in place when connected. Apple understands it is going to cause many accessories to initially become “incompatible” and this creates a fragment that they probably don’t want, but it could be unavoidable. More than likely, Apple will create an official cable adapter for 19-to-30, and I wouldn’t be surprised if at least the first generation that uses the new cable comes with the adapter. As for vendors that have iDevice accessories? Many will probably include adapters if Apple let’s them.

So yes, there will be a transition, but if this is all true, it’s not Armageddon, it’s progression of technology. A smaller port means thinner devices and more room for other features within your iDevice, in the long run these changes will probably be worth it, even if it doesn’t seem like it at first. For now though, keep in mind that nothing is official until Apple directly announces such a port.