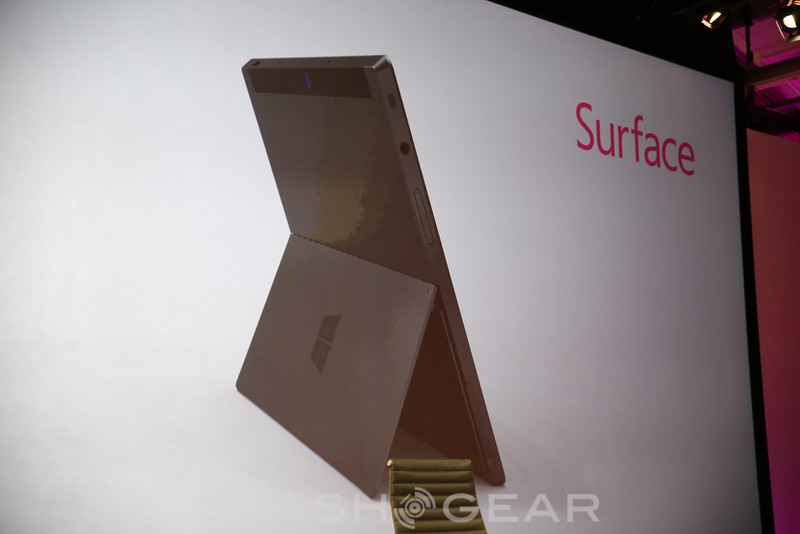 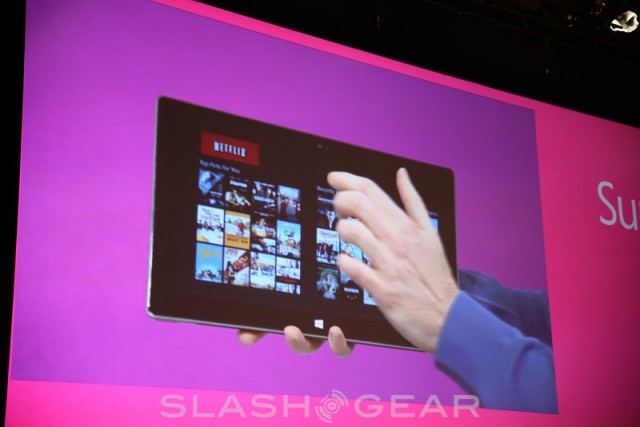 Recently the web has been ablaze with rumor and speculation regarding a big upcoming Microsoft announcement that was scheduled for Monday- which is now today. Just days before the event, MS sent out press invites for the big event but gave out little information about what they were going to be talking about or even the exact venue. Many different sources claimed it would be some kind of Microsoft-made Windows tablet, others said it might be the fruits of a Nook/Microsoft agreement or some extension of the Xbox brand into the tablet world. The wait is over, and it turns out that what was announced is part of the Microsoft Surface brand. No, this isn’t another massive Surface table, it’s a tablet.

It turns out the idea of an MS tablet wasn’t so crazy after all. The Microsoft Surface tablet features a 10.6-inch screen, a 9.3 mm body, one standard-size USB port, a Gorilla Glass 2.0 screen, 1080p graphics, and a “Touch Cover” that acts as a full multi-touch keyboard and trackpad as well. The new Surface tablet also has a built in kickstand that makes it great for watching movies or using to show off photos or maybe a presentation. The Surface also uses dual antennas and will have an Intel-based variant running Windows 8 and an RT version that uses an Nvidia ARM Processor.It’s also worth mentioning that the MS tablet features a magnesium case and a PVD finish, and weighs in at just 1.5 pounds in total.

Want pen-based usage on your tablet? No problem, the Surface has you covered. The Intel version will even include a Display Port for powering up higher resolution monitors.

Honestly, this tablet looks very attractive, very sleek and could be exactly what MS needs to better compete in the tablet market. It’s still unseen how tablet vendors that are using RT and 8 will react to this announcement, but it’s exciting and very interesting, to say the least. What do you think about the new Microsoft tablet announcement?