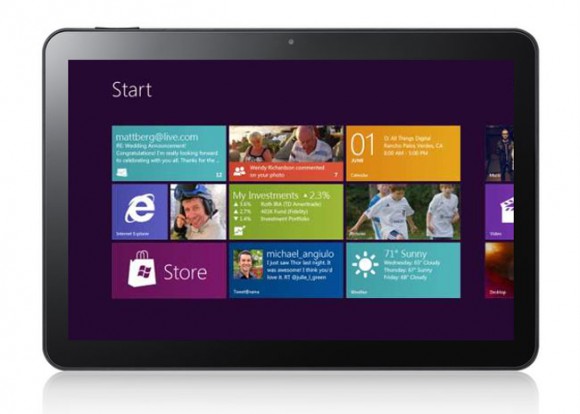 Windows 8 is on its way out at this end of this year and is Microsoft’s way of attempting to enter into the tablet wars. Microsoft’s approach is certainly unique since they are using the existing PC Windows as the basis of their tablet entry, instead of adopting Windows Phone like Apple did with iPhone OS.

Many of those who have tested Windows 8’s Previews (Developer, Consumer, and Release) have been mixed about the new Metro interface coming to the traditional PC, but many users feel this Windows Phone-like version of Windows will work quite well in the tablet world. In a somewhat confusing move, there will be two tablet operating systems, Windows 8 and Windows RT. These two OSes are essentially the same, except RT doesn’t have Windows legacy support and was built for ARM processors, instead of X86.

So far Microsoft has worked to get several major companies like HP, Dell, and Samsung to make ARM and X86 tablets that will eventually run Windows 8 and RT, but according to AllThingsD they are not content to end the war there. Microsoft is supposedly planning a major announcement at an event Monday in Los Angeles. Rumors claim this announcement might be a hardware announcement, with the company announcing its own x86 and ARM tablets.

These devices would allow Microsoft to better compete against the locked-down Apple iPad, with Microsoft handling the hardware and software aspects of the devices. If this turns out to be true, I wouldn’t be surprised if they are branded with the Xbox label, as Microsoft’s initiative to expand its multimedia presence, something it talked a little about at its E3 Conference in June.
There are some problems with this idea though, it could create major conflicts with Microsoft’s current hardware partners as they would have to compete against Microsoft. Google is doing this with Nexus and Motorola, so we can’t say such a move has never been done, but I’m curious how the vendors would react.

Do you think Microsoft would chance angering its vendors to attempt its own tablet hardware? I think its certainly possible, but for now I’d take the rumor with a grain of salt.