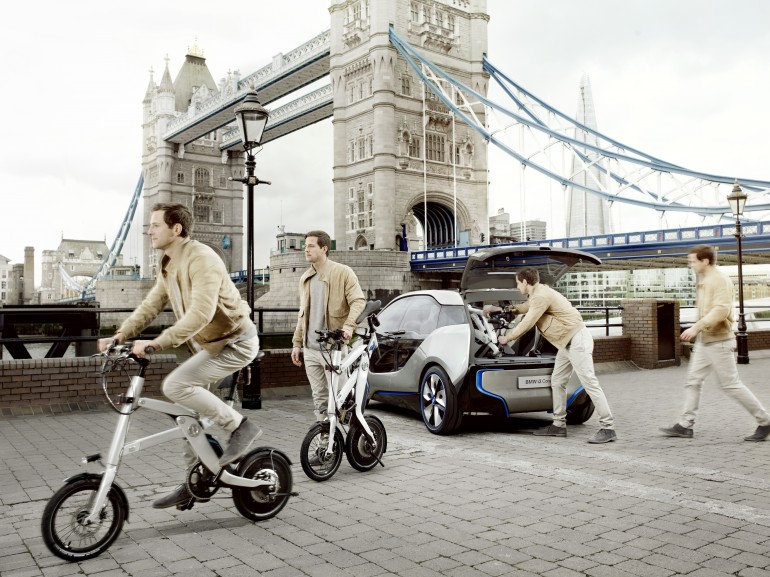 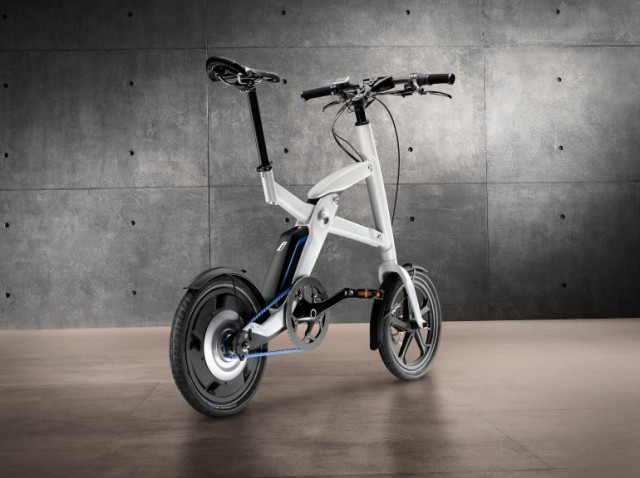 Urban commuters don’t really need a car, since a bicycle is so much more compact and can more easily weave its way through traffic. Even though you may know BMW better for its cars, it has now unveiled a pedal-electric bicycle that it calls the i Pedelec.

Aside from having a three-speed 42-volt electric hub motor that’ll help push you along, the more unique feature about the iPedelec is that it can fold up. This makes it much easier to transport between locations; two of them can reportedly fit in the back of the BMW i3 Concept EV. Even when folded up, the wheels can maintain contact with the ground. This means that you can push it along when you’re in a subway car, for example. 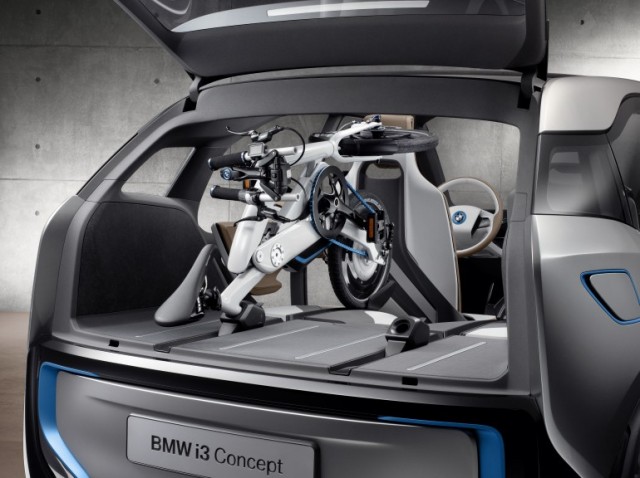 You get a motor assist of up to 16mph using the 14.75 ft-lbs of torque. There’s an effective range of 16 to 25 miles per charge with a full charge taking about four hours. If you use a quick charge station, a full recharge can take as little as 90 minutes. The 44-pound bike was announced in celebration of BMW open its first iStore on July 25, opening next door to its BMW and MIni stores on Park Lane in London.

There’s no word on pricing or availability on the i Pedelec folding pedal-electric bicycle, but being a BMW product, I can’t imagine it being terribly cheap. 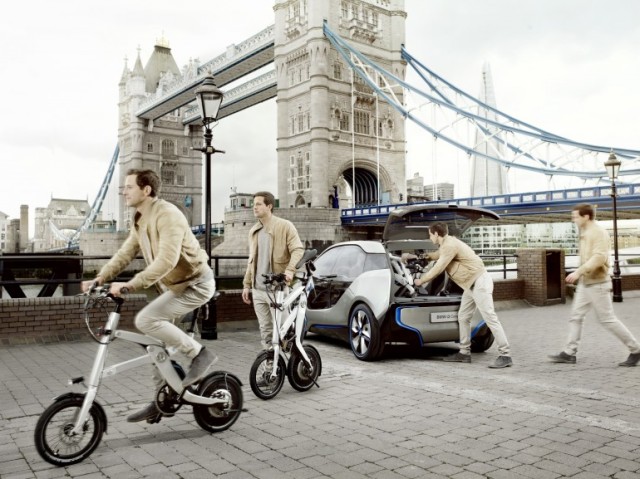 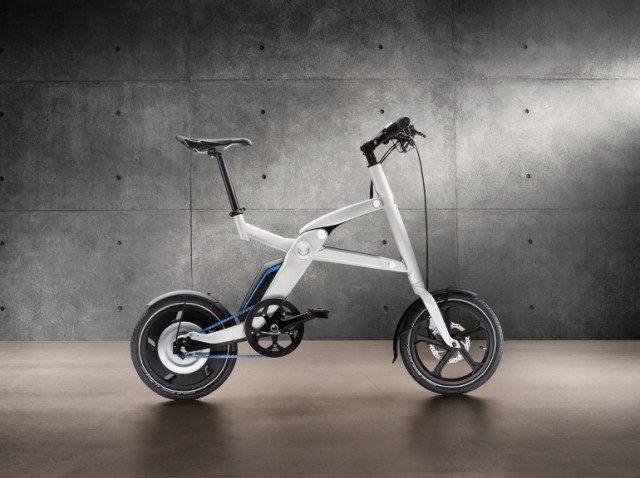