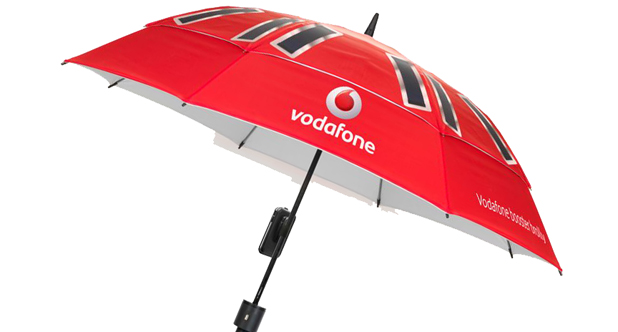 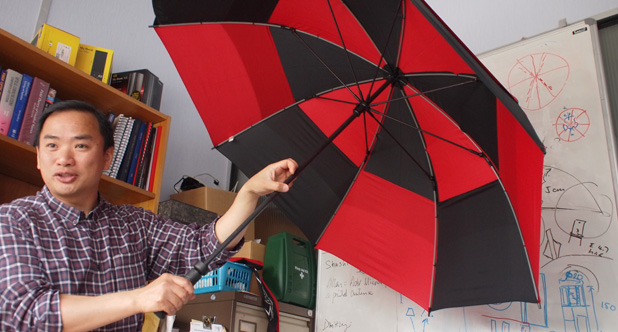 Can you hear me now? We’ve all had the experience of dropped calls and loss of signal, but it looks like one way to get better cell phone reception is to open a special umbrella. Originally conceived as the Voda-brella, the since renamed Vodafone Booster Brolly is an umbrella filled with gadgetry that boosts your signal strength. And it can charge your phone too.

Somehow, this seems like a quintessentially Londoner thing to do, but inventor Kenneth Tong actually grew up in Hong Kong. In any case, the umbrella has a built-in high-gain umbrella that is able to catch the radio waves from a Vodafone transmitter. There’s also a low power signal repeater, so what you get in effect is a small “signal shower” above your head.

Yes, there may be some health concerns here, but you can’t deny how useful this could be. Of course, it’s really only useful on a rainy day (which never happens in the UK), though I suppose the Booster Brolly can turn into a Booster Parasol on a sunny day. What’s more, the Booster Brolly is also lined with a dozen 2V solar panels, giving you a source of power to juice up your handset. It can be used to power a flashlight too, in case you get lost in the dark.

Of course, this is just a mad scientist’s concept at the moment, so there’s no saying when and if it’ll ever reach a commercial release. 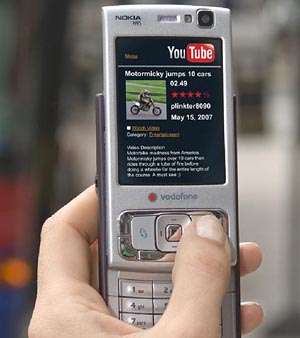