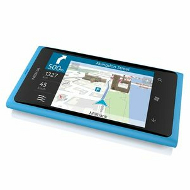 The mapping wars is apparently heating up as Apple is switching to its own internal map system and Microsoft is now transitioning away from Bing Maps to using the new Nokia Maps, or at least the rumors claim. According to the rumor mill, 3D maps with offline navigation across all WP devices will be coming to Nokia maps, meaning that its voice-guided navigation and map system wouldn’t require Internet Access. If true, that’s a pretty huge advantage over Google Maps and Apple Maps.

The rumors don’t stop there, though, with a claim that Microsoft’s developer conference will see the announcement of Skype integration directly into your phone book, allowing Skype to be used as a phone service directly.

Windows Phone 8 is looking to really push ahead in many areas, replacing Windows CE Technology with the WinRT kernel found in Windows 8. Will all these changes on the horizon, will Microsoft finally have a better chance at keeping in the mobile world? The verdict is still out on this one, but it looks like the end of this year is going to be an interesting one as Microsoft attempts to persuade consumers to make the move to Windows smartphone and tablets.