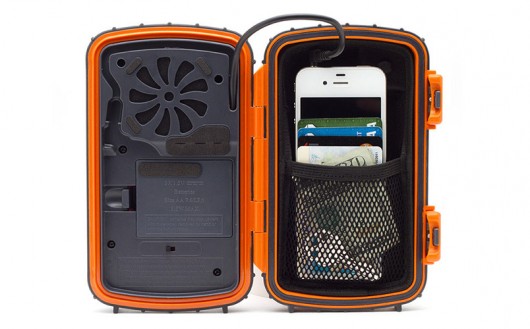 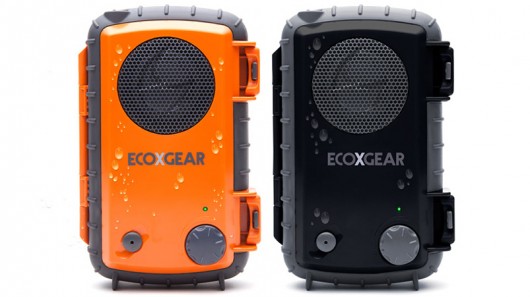 It’s summer, and many of us are headed to pools or beaches. What’s better than lounging by a pool? How about listening to music while doing it? The downside is that there is always potential for damage to your electronics, that is unless you have a waterproof case like Grace Digital Audio’s ECOXPRO Waterproof Speaker Case. This thing can go under ten feet of water and has the space to house your MP3 player or smartphone alongside other things you might take to the beach like your keys and some spending money. As you can see from the picture, this thing isn’t bulky and can fit in a pocket or purse with ease. The ECOXPRO can play up to 30 hours on three AA batteries and has a carabiner clip as well. What makes this case great, besides the fact it keeps your smartphone or player from getting wet, is that it has a speaker for blasting out loud, or you can use the waterproof headphone jack instead.

This is a handy idea for those that want to play tunes at the beach or pool without investing in a separate waterproof MP3 player, and at $79.99 it’s also not that terribly pricey. Worried about removing your smartphone or MP3 player after pressure build-up? There is a special release valve that will release the pressure slowly to prevent this from being a problem. If you are looking for something bigger, Grace also offers the Eco Terra Boombox, which is basically the same thing but bigger.