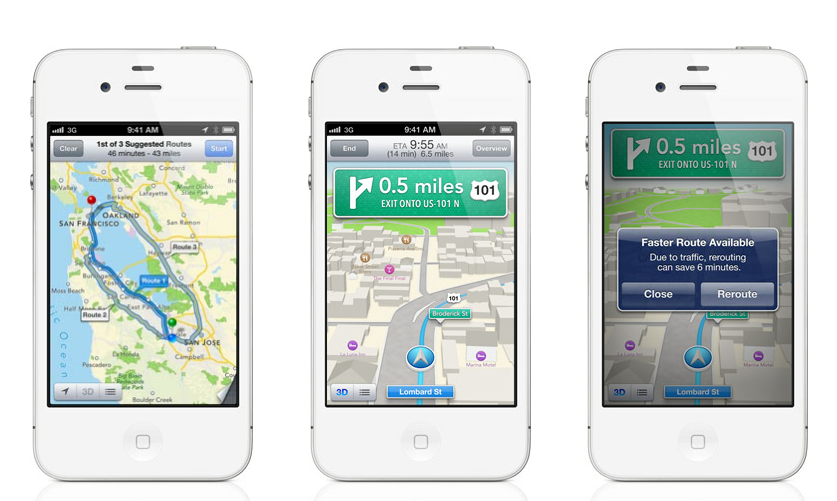 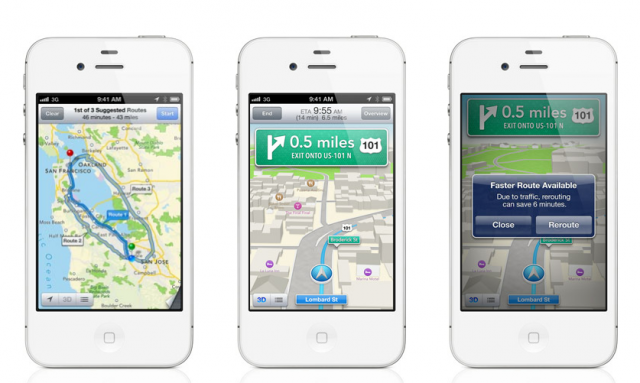 No longer content with letting Google control the mapping world with Google Maps, Apple announced it was diving in with its own solution. Taking a closer look at the new map system, Apple Maps has Apple doing all the cartography itself, has turn-by-turn navigation in iOS 6 with narration from SIRI and also has full integration with Yelp. Other cutting edge features in Apple’s map program included a 3D technology called “FlyOver” which offers 3D photographic models of cities across the globe, likely based on a technology from C3 Technologies, which is also present in Nokia Maps. It’s also worth noting that the map program uses vector graphics.

This change in direction and break up of relying on Google isn’t surprising, for years Apple has been buying up companies that use and create map technology – including Placebase, Poly9, and C3 Technologies 3D mapping – so in all honesty the question was really more of a ‘when’ then an ‘if’.

Does the Apple solution really offer a better option over Google? It might eventually, but for now there are certainly some gaps in the functionality of Apple’s alternative map system. For one thing, there is no equivalent to StreetView at this point and no transit directions at the moment. Not having transit directions is a really big hit against Apple. Google Maps also just announced tons of new features, likely in response to Apple going their own route.  I like Google Maps but I have a feeling that Apple will be able to catch up, functionality wise, pretty quickly if they devote enough time and resources into it. If they feel there is money to be had in doing so, you can bet that they will.