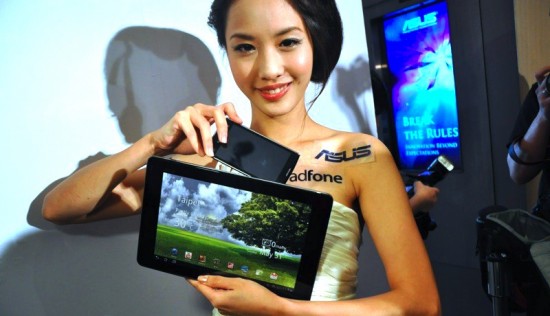 At the beginning of this year we posted about the ASUS Padfone and how it was essentially three devices in one, a smartphone, tablet and laptop. This multi-fuctional device basically was a smartphone that could plug into a tablet “dock”, using the smartphone as the brains, and could even become a laptop by pairing the tablet screen with a keyboard connector.

The bad news is that it has yet to make its way over the US, until now … sort of. Negri Electronics is offering the international, imported version within the states for $859.50, and while this isn’t exactly cheap, keep in mind it comes with the docking station as well. For those who need a reminder, the Asus Padfone features a 4.3-inch Super Amoled qHD display, Snapdragon S4 with Adreno 225 GPU, 16GB internal storage, MicroSD expansion, 8MP camera, and the 10.1-inch tablet docking station. It also doesn’t hurt to know that it runs Android 4.0 ICS as its OS.

While $859.50 is a bit on the high side, to say the least, if you really can’t wait any longer to get your hands on the ASUS Padfone, this is certainly one way to do it. Before you dish out so much money though, it is important to note that it is coming to the United States through official channels via AT&T’s network soon enough. From the sounds of it, as soon as late-June or sometime in July.

There is no word on how much the Padfone with it’s docking station will cost through AT&T but with a 2-year contract you can bet it certainly will be under $859.50.