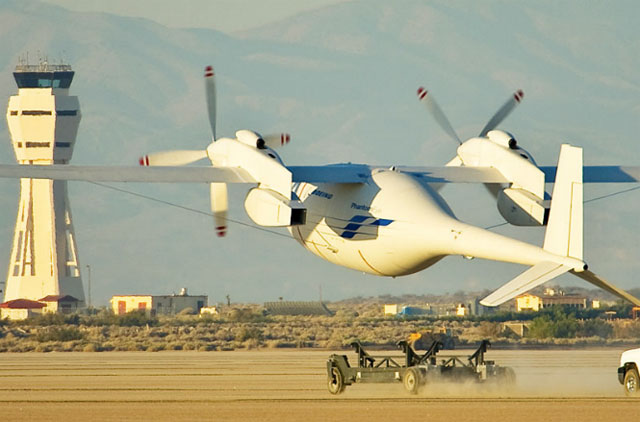 Boeing’s thrown the typical sleek, streamlined, design out the window with their Phantom Eye UAV. The Unmanned drone is bulbous in shape, almost like a gigantic bomb with a couple flimsy wings slapped on to it. What makes this UAV different however, is that it’s powered purely by hydrogen. The 45 meter wingspan and 200 kg payload will allow the Phantom Eye to stay airborne for four days non-stop without refueling or landing. That’s some amazing extended aerial surveillance capabilities. The video shows the test flight, it lasted 28 minutes reaching 4,000 feet and 150 knots all without any human assistance. Boeing plans to equip future versions with four times the payload, giving ten day non-stop surveys.