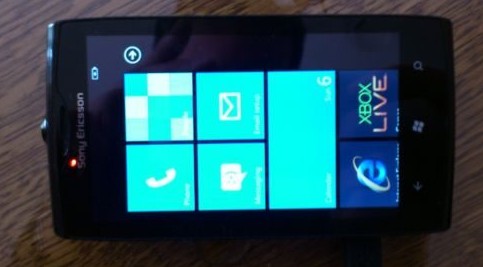 Are you a Sony fan dreaming of Windows Phone? If so, the leaked video below will surely have you drooling. The Windows Phone prototype, referred to as the Sony Ericsson “Julie”, actually looks quite attractive from a design standpoint. The bad news? Sony Mobile has stated more than once that they have no immediate plans for a Windows Phone.

This means this is either an early test model or is a forged video. It wouldn’t surprise me if Sony was experimenting with Windows Phone, though. While Microsoft’s OS clearly lags behind iOS and Android for fanbase, it has recently started picking up momentum with the Nokia Lumia series and the new Apollo is on its way to the market soon from the sounds of it. What do you think? Any legitimacy to the phone in the video? Personally, I’d love to see a Sony Windows Phone.

One thing worth noting is that back in January there were also rumors of a Windows Phone-based Sony device. The pictures of the phone showed off then looks considerably different from the one in the video, hinting that there might be more than one prototype out there.