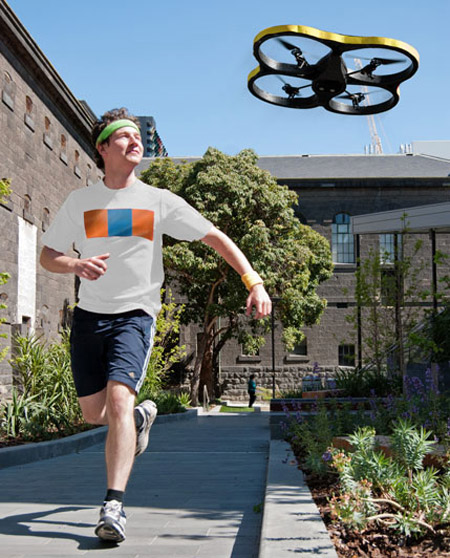 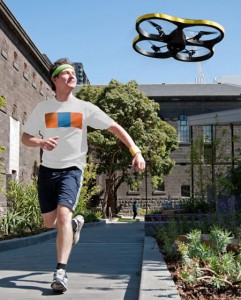 Do you want to have a jogging buddy but none of your human friends want to go for a run with you? Enter Joggobot, an AR Drone that’s been modified to be your jogging companion.

The concept comes by way of Exertion Games Lab at RMIT University in Melbourne. What they’ve done is taken the standard Parrot AR.Drone quadracopter and loaded it with some specialized software. By doing so, the drone will lock in on the user (you) and follow you around as you go for your run around the neighborhood. It’s also designed to help you maintain a certain pace, so if you start to lag behind, it’ll fly on ahead and “motivate” you to keep up. Because you wouldn’t want to lose your $300+ toy.

There is definitely room for improvement, of course. You could equip Joggobot to keep the path lit when you go for a run at night, for example, or they could set it up to have better controls… perhaps with Kinect-esque motion-based waving to get the Joggobot to speed up or slow down. The other snag is the 20-minute battery life, which doesn’t leave you with a very big window for a good jog.