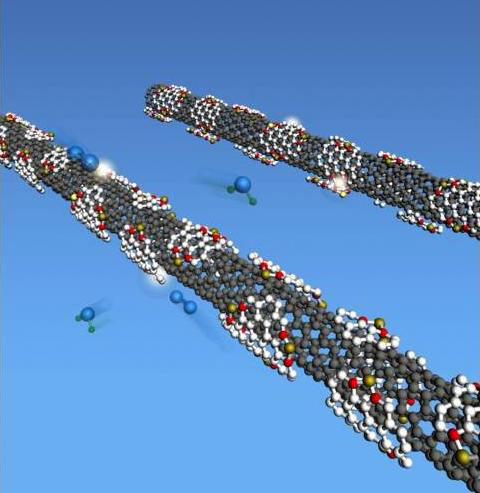 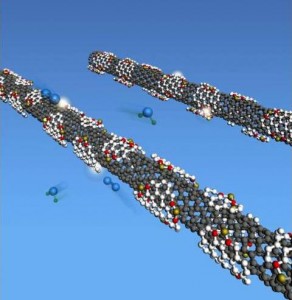 Fuel cells represent a fascinating technology with loads of potential, but the catalysts that are currently being used are far too expensive. Carbon nanotubes could be the answer, according to a recently published study in Nature Nanotechnology.

The Stanford scientists behind the work say that “carbon nanotubes could be an excellent alternative to the platinum, palladium and other precious-metal catalysts now in use.” Inside a fuel cell, the catalysts are needed to oxidize the hydrogen at the anode.

The study demonstrates that when they shred the other walls of a multi-walled carbon nanotube (MWNT) with the inner walls left intact, the MWNT gained “enhanced” catalytic ability. The electrical conductivity remained good too. When used in metal-air batteries, the potential is for batteries that have 10 times the theoretical energy density of “today’s best lithium-ion technology.”

Further research is needed, of course, but this could be the key to cracking the puzzle of more widespread fuel cell adoption.