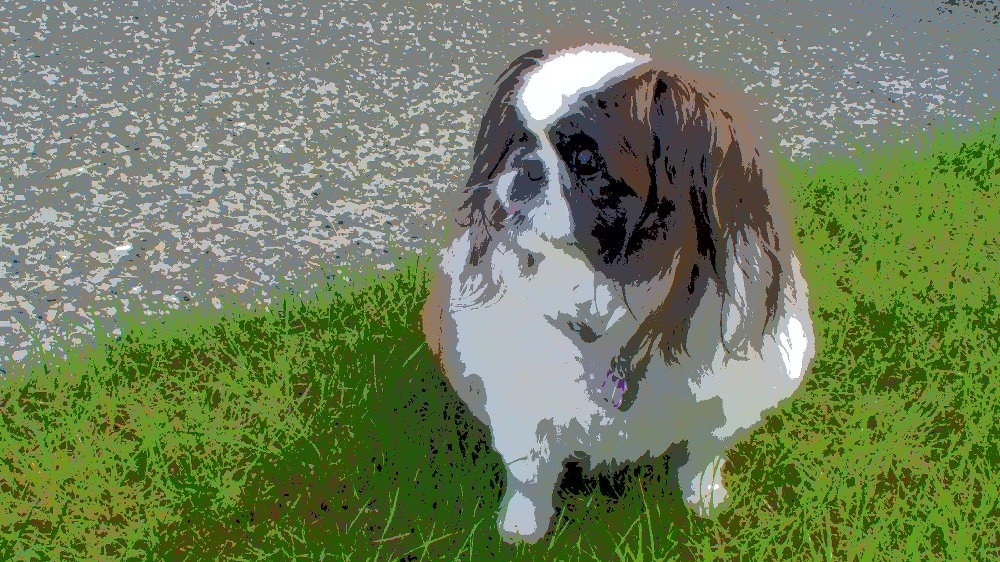 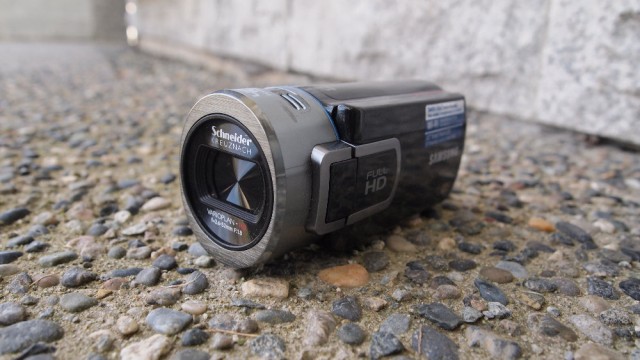 When camera phones came around, people still wanted to have their regular digital cameras to take better pictures. When those digital cameras gained the ability to take video, people still wanted to have standalone camcorders to take better video. While there are certainly cameras and cameraphones that shoot some pretty great video these days, there is still something to be said about having a true dedicated camcorder for your movie-making purposes.

Offering full 1920×1080 HD video in the palm of your hand is the Samsung HMX-QF20. The Samsung QF20 is a very compact camcorder, but it comes loaded with a number of impressive features, like integrated Wi-Fi and an assortment of art filters.

Even though the QF20 is marketed as offering full HD video, that’s only partly true. It shoots 1080i at 60fps or 720p at 30fps, with no option to shoot at a true 1080p at all. This isn’t a huge deal breaker for the average consumer, but the discerning techie would have likely wanted to get that full 1080p HD treatment. 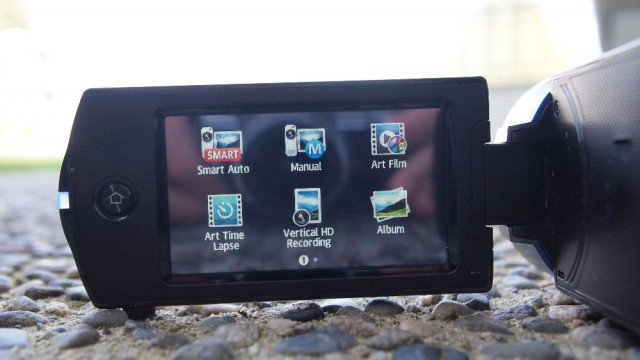 The high-quality Schneider Kreuznach lens has a 35mm equivalent focal length of 38.4mm to 768mm for a suitably equipped 20x optical zoom. There’s also the digital zoom factor in there if you want to bump that figure to 40x. The aperture range is F/1.8 to F/3.9, giving you plenty of light even at full telephoto. For stills, you are limited to just a 5.1-megapixel imaging sensor.

Unlike the Samsung HMX-H106 HD camcorder, which has a built-in solid state drive, the HMX-QF20 relies on its SD card slot for storage. Thankfully, it’s also considerably cheaper as a result. Rounding out the specs are optical image stabilization and a 2.7-inch touchscreen LCD.

The QF20 is more compact that I expected at about 12cm in length and a 5cm diameter, making it somewhat pocketable (depending on your pockets, of course).

There is no power button or switch on this camcorder at all. Instead, it automatically turns on when you flip out the touchscreen panel and it turns off when you close it back up. That touchscreen can also rotate around as needed for a better viewing angle. If you close it up with the screen toward the outside, the QF20 will automatically enter playback mode. 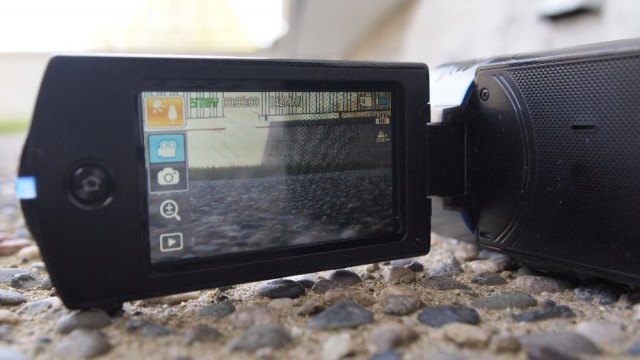 As far as the touchscreen UI goes, it’s all pretty basic and standard. There is a physical “home” button next to it that brings up the main menu with the ability to switch between modes (like Smart Auto or Art Time Lapse), as well as access to the Social Sharing, Auto Backup, TV Link (AllShare), and Settings menus.

While shooting, there are a few icons available to you on the screen too, like switching between video and stills. You can optionally bring up virtual buttons for zoom, but the five way controls at the back of the camcorder are generally more comfortable to use. As with so many other similar products, the touchscreen on the QF20 isn’t the best; we’ve become far too accustomed to the responsiveness of capacitive smartphone displays, so going to this plastic-y resistive display is disappointing.

There is a built-in lens cover and this is opened and closed via a switch on the right side, just in front of the hand strap. The stereo microphones, which seem to be very sensitive, are located on top towards the front of the barrel.

Lefties of the world rejoice! The trouble with most camcorders that take on this form factor is that they are very rightie-centric. While that’s still mostly true here, you can simply “flip” the camcorder over and the UI on the touchscreen will also flip accordingly. This way, you can hold the camcorder in your left hand and everything will work just the same (without an upside down video). 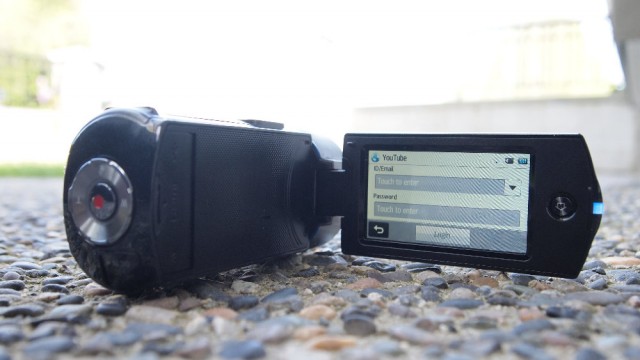 Another selling feature is the inclusion of integrated Wi-Fi. You can use this to upload videos directly to Facebook and YouTube, for example. This sounds like it could be an interesting feature in concept, but entering your access point and social media account credentials via the touchscreen can be the expected exercise in frustration.

For my part, even though the Wi-Fi could be interesting, I can’t see myself ever using it. Even if I didn’t want to do some basic editing on my computer, I’d want to be able to write up a proper description and tag my videos before uploading. But that’s just me.

So, how do those 5MP photos turn out? 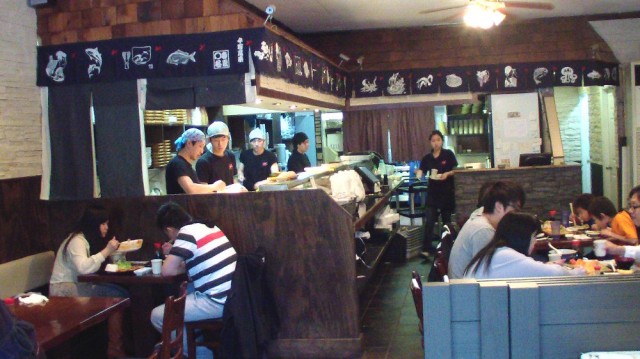 Here is an example of an indoor shot taken on an overcast day with a fair bit of interior incandescent lighting. I left all the settings at full auto. You can see that there is noticeable noise, particularly visible on the black portions, and the details aren’t nearly as “crisp” as they could have been. It does the job, but it could be better. The lack of flash makes taking stills with the QF20 under darker conditions virtually impossible too. 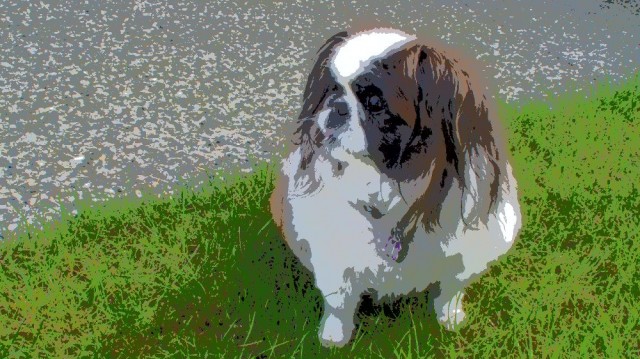 There are a number of digital effects that you can apply to both videos and stills. Here is the “art” effect, for instance. There is also black and white, sepia, negative, ghost, noir, western, and dazzle.

Overall, the quality is probably best described as just decent. It may be a step above some cameraphones, but you’ll likely get better results from a suitable point-and-shoot digital camera.

Comparatively, the video performance on the QF20 is quite a bit better. The details come through quite well, but I did find that the “Smart Auto” mode goes too far in overcompensating for backlighting. This is understandable and it’s a common problem, but it goes even further in this regard than many other cameras.

Video quality is definitely better than what you’d get some of the pocket camcorders out there, like the Flip MinoHD, and having access to a true 20x optical zoom lens is a huge plus. The file sizes are typically smaller than what you would get from shooting 1080i or 720p with a conventional P&S too.

Here is a sample compilation video that I put together. It was shot at 1920×1080 at 60i, de-interlaced in Pinnacle Studio 14 Ultimate with the “blend” function, and then rendered out in 720p HD. Aside from that and the titling, the video was not otherwise edited or altered.

To see how slightly edited 720p video looks, you can watch this video that I shot at a Japanese restaurant. It also clearly demonstrates the issue with overcompensating for the backlighting, resulting in a complete loss of visibility for the faces of some people at the table. 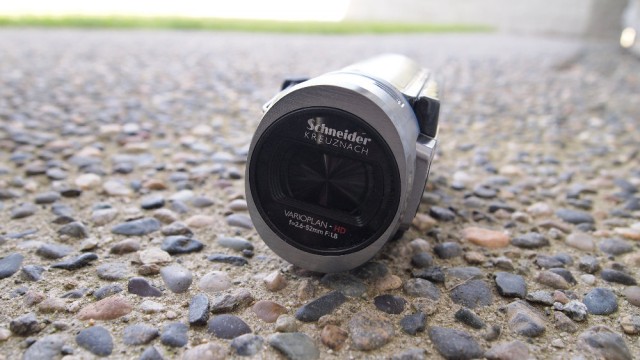 The Samsung HMX-QF20, despite its shortcomings, is quite the nice little camcorder. I like the compact size, as well as the “switch grip” feature. You can even shoot vertical HD videos, if you ever decide that’s something you want to do. Having 20x optical zoom (and 40x digital zoom) is incredibly useful too.

The lack of onboard storage is certainly forgiveable and while I still find the touchscreen to be not as responsive as I would have liked, it’s still perfectly usable without too much trouble. While the quality of the stills aren’t up to snuff, they’re still decent and the video quality is really why you’d want this camcorder anyway.

With retail going anywhere between $300-$400 (toward the higher end of that in Canada), the QF20 is a moderately priced camcorder that–for the most part–gets the job done. You might want to use the available manual mode to avoid over-exposure, though.