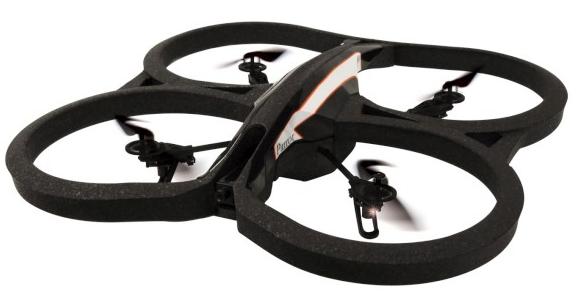 Parrot is a company that you probably know better for Bluetooth headsets, but the original AR.Drone really took off when it was introduced in 2010. The Parrot AR.Drone 2.0 picks up where its predecessor left off, adding HD video recording to the mix, as well as some neat aerial tricks.

I saw the AR.Drone 2.0 in action when I attended CES earlier this year, but now it’s out in the wild and a sample of the HD video shot by the quadrocopter has been uploaded to the Internet. The video sample, embedded below and available in 720p, provides an aerial view of San Francisco Peaks and Mt. Elden from Flagstaff, Arizona.

Not surprisingly, the video is filled with wavy undulations as the quad-rotor aircraft makes its way up into the skies. The quality of the video isn’t the best either and the lack of audio really takes away from the experience. Even so, I imagine the AR.Drone 2.0 is a really fun toy to have, especially since all you have to do is double-tap a button in the provided iOS or Android FreeFlight app to make it do a flip.

There are better ways to spend $299, but a sensible desk or a nice toaster oven just don’t sound as fun.