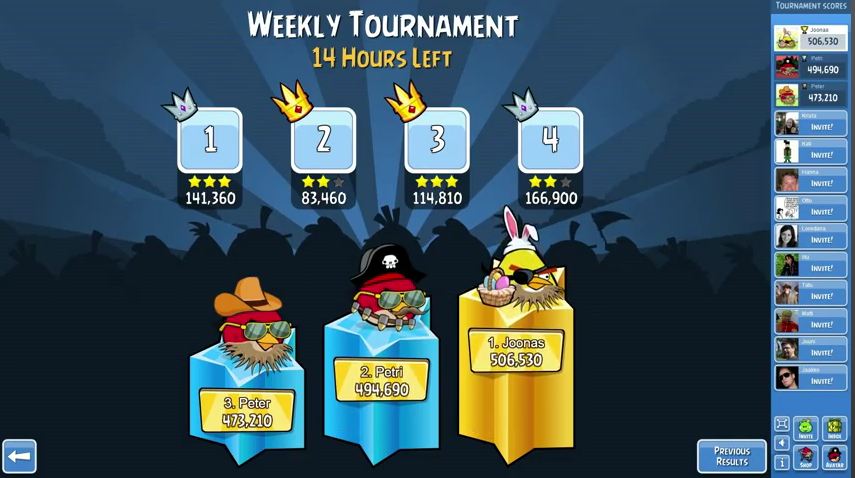 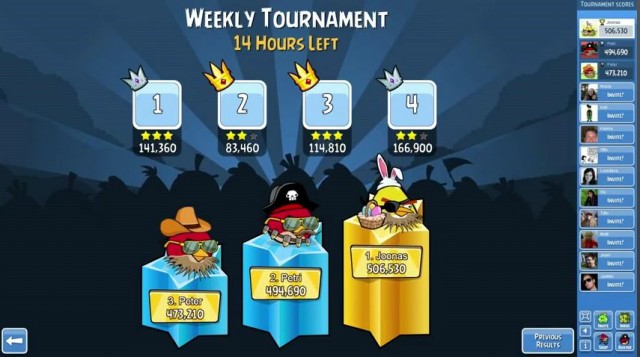 As successful as Rovio has been with its Angry Birds franchise, it really hasn’t done enough in the social sphere. That’s changing with Angry Birds Friends, which is being flung over to Facebook.

Consider other popular mobile games like Words with Friends and Draw Something. Both of them have a social element where you are actively playing with another human being. Yes, there were leaderboards in Angry Birds before, but it’s just not the same. So, what’s new with the “Friends” update to Angry Birds?

No, you don’t get Chandler and Joey, but you do get weekly tournaments. Every week, you can compete with your friends on four different levels. This aids in the social competition aspect and you earn gold, silver and bronze trophies to keep each week. The added bonus is that you get those four extra levels every week too, instead of having to wait for another Seasons update or a new Angry Birds game altogether. Tournament mode also reveals power-up bundles for winners and participants.

It’s not quite as “out there” as Angry Birds Space, but at least Rovio is doing something to keep the franchise fresh.