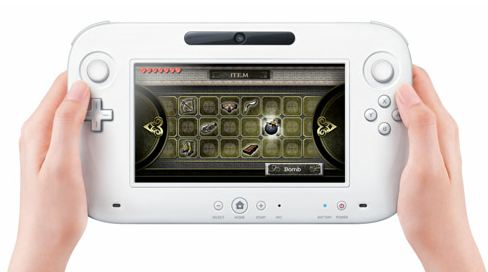 Yes, I know. We always have to take rumors and leaks with a grain of salt, but we can’t help but to jump all over what we just learned about the upcoming Nintendo Wii U console. This information comes by way of a supposed Ubisoft Milan developer who, for some reason or another, decided to spill the beans on an online forum.

The launch price will be reportedly between $350 and $450 with the release planned for November 23. Technical details include DirectX11 support, Unreal Engine 4, 2GB of RAM (560MB for OS), Radeon HD 6770 graphics, and some pre-installed software. I imagine that last bit will be similar to some of the “channels” that we have on the current Nintendo Wii.

There are still “multiple versions” of the console with various developers, so the design has not yet been finalized. The touchscreen controller is definitely in there, but the trigger buttons won’t be analog. There’s also word of some inclusion of the Wii Vitality Sensor. The UI on the Wii U will be customizable in some way and, catching up with Microsoft and Sony, Nintendo will be offering some sort of achievements system.

Ubisoft’s planned games include Rayman Legends, The Avengers, Assassin’s Creed 3 (running at 60fps at 1080p), Just Dance 4, and Killer Freaks from Outer Space. EA, Valve and Crytek are all working on Wii U titles. Valve specifically is working on Portal ports and a digital distribution platform.

Chalk this up to rumor for now, but Nintendo should be making some formal announcements at E3 next month.