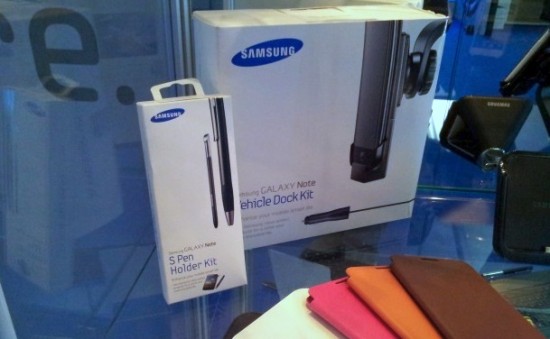 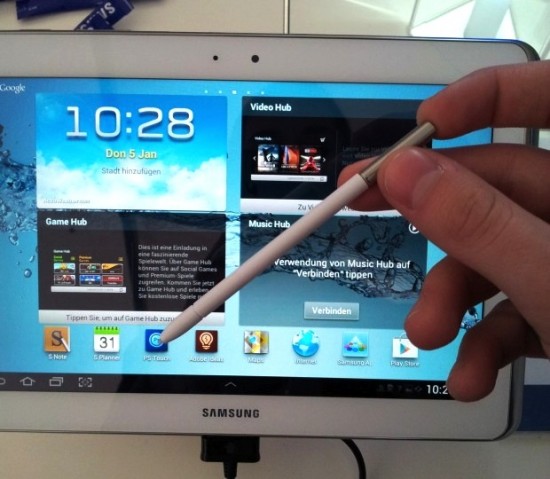 Back at the MWC, the Galaxy Note 10.1-inch tablet was shown off, and managed to confuse quite a few people in the process. The model shown didn’t have room for an S Pen slot, and really didn’t seem to have much to do with the 5.3-inch Galaxy Note. Luckily, at a special Samsung event in Europe, pictures of the revised Galaxy Note tablet have surfaced. Samsung has considerably revised the tablet compared to when we first saw it at MWC, retooling the design to make room for the stylus while also beefing the device up with a quad-core Exynos processor. The new specs make the device much more attractive and powerful than what we saw at first, which is a wise move for Samsung.

The Galaxy Note 10.1-inch tablet has a slim and very attractive little stylus, but an optional S Pen holder kit will exist for those that want a larger stylus. While we don’t really have any solid information about when this is coming out, rumors are currently pointing towards a June release, which is just around the corner now.