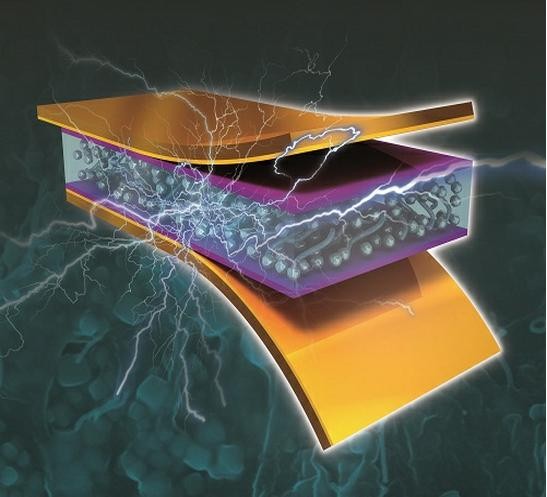 Nanotechnology was once the stuff of sci-fi stories and nothing more. Fast-forwarding to 2012 though? Nanotechnology is very real and researchers across the globe are attempting to find new ways to utilize it to its fullest potential. At the Korea Advanced Institute of Science and Technology, or KAIST, a new piezoelectric nanogenerator is one of these interesting technologies. The new generator is based on previous attempts by KAIST but improves substantially on the design and efficiency, and is lead by the efforts of Dr. Zhong Lin Wang.

Essentially, a piezoelectric nanogenerator is a simple, low-cast, large scale self-powered energy system that has a wide variety of potential applications such as biosensing, medical devices, environmental and health monitoring, defense technology, and a heck of a lot more. Piezoelectric materials are used to convert vibrations and mechanical forces from things like wind and waves into an electric current. This basically means it can be used to harvest energy from people and their clothes, cars and other devices, paving the pathway to nanotechnology-based clothes and devices that make use of the energy from these nano generators. In fact, just by walking around with shoes using a nanogenerator, you could produce around 3W. This would be more than enough energy to power some basic electronic gadgets out on the market today, and as technology advances, the generators can likely harness more power.

It was only last year that Dr. Wang first showed the world the team’s unique generator and the first self-powered nanodevice, and in that time the team has continued work on evolving the concept. According to the team involved, the generator is mainly made of plastics and zinc oxide, making it environmentally friendly as well.

This is certainly exciting news and shows us just how far we’ve come in the last few years, and gives us a hint at where we are heading. Feel free to check out the paper in PDF form that details the findings from Wang’s research.