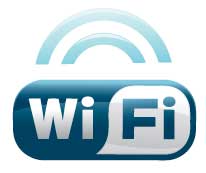 In search of a smart way to provide WiFi hotspot services to their customers, several of the largest cable companies in the US are joining hands to create a massive Wi-Fi network for its customers, called CableWiFi. This network is the collaboration of Time Warner, Comcast, Cox Communications, Bright House Networks and Cablevision.

The combined network consists of an impressive 50,000 Wi-Fi hotspots across the United States to all of its customers that are subscribed to their cable Internet packages. While many cities offer limited or somewhat spotty free Wi-Fi service, this is certainly a massive initiative to provide cable users Internet access almost anywhere they go in the bigger cities of the United States. Certainly having a wider access to high-speed hotspots is a major win for customers of any of the mentioned carriers, and could be a major selling point for these brands in the future.

You can check out the full press release below.

BOSTON–(BUSINESS WIRE)–Bright House Networks, Cablevision, Comcast, Cox Communications and Time Warner Cable today announce that they will enable each other’s high-speed Internet customers to access their metro WiFi networks, totaling over 50,000 hotspots. To simplify access, a new network name, “CableWiFi”, has been created for subscribers to use when accessing the WiFi hotspots outside their home market. The first implementation is already complete as Bright House Networks and Cablevision launched “CableWiFi” alongside their branded WiFi networks in the New York City area and central Florida earlier this month. Over the next few months, the “CableWiFi” network name will be added by each of the cable companies to their branded WiFi hotspots.

“We believe that WiFi is a superior approach to mobile data, and that cable providers are best positioned to build the highest-capacity national network offering customers fast and reliable Internet connections when away from their home or business broadband service”

“This effort adds great value to our high speed Internet customers by providing free wireless Internet access on all of their WiFi enabled devices in our markets and additional areas across the country,” said Nomi Bergman, President of Bright House Networks.

“We believe that WiFi is a superior approach to mobile data, and that cable providers are best positioned to build the highest-capacity national network offering customers fast and reliable Internet connections when away from their home or business broadband service,” said Kristin Dolan, Cablevision’s senior executive vice president of product management and marketing. “We’ve built an extensive WiFi network in our own service area, and see real value and potential in other leading providers joining with us to extend that connectivity to major markets across the country.”

Dave Watson, Chief Operating Officer of Comcast Cable added, “Mobility is an increasingly important part of our Xfinity services product roadmap. WiFi technology, coupled with our agreements with Verizon Wireless, are two significant ways we are executing on our strategy to deliver the best in- and out-of-home communications experience for our customers.”

“The way customers are using our service continues to evolve,” said Jill Campbell, Cox Communications COO. “This is a new area of opportunity that we need to explore.”

“We have long been the leading providers of high-speed internet services in our customers’ homes. Through our rollout of WiFi and the benefits of this collaboration we greatly increase the value and reach of our high-speed internet service, providing access to broadband outside the home and in cities across the country,” said Rob Marcus, President and COO of Time Warner Cable.

When traveling outside their home markets, high-speed Internet subscribers of the participating companies will look for the “CableWiFi” network and through a simple sign-on process connect using the same credentials as when accessing their providers’ WiFi networks. In the coming months, users will be able to have their devices auto-connect to the Internet when located in any of the “Cable WiFi” hotspots.

The participating cable operators currently offer more than 50,000 WiFi hotspots located in New York City and the surrounding Tri-State area, Los Angeles, Tampa, Orlando, and Philadelphia. The operators plan to continue to grow the number of WiFi hotspots and expand into several additional cities. The network has both indoor and outdoor WiFi hotspots located in popular, high traffic locations, such as shopping districts, cafes, malls, arenas, restaurants, parks and beaches. Subscribers will be able to find the nearest WiFi hotspots by visiting the WiFi homepage of their current cable provider or going to www.cablewifi.com.

This is the largest and most inclusive WiFi sharing effort among cable operators to date. In early 2010, Cablevision, Comcast and Time Warner Cable entered into an agreement allowing their customers in New York City, Long Island, New Jersey, Philadelphia and Connecticut to access WiFi hotspots offered by each operator in these areas.