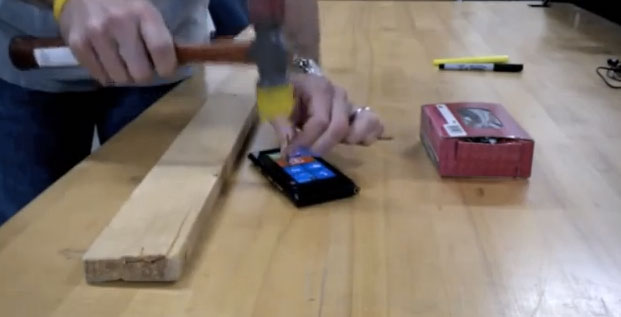 In order to show off just how sturdy the new Nokia Lumia 900’s screen is, Techcraver decided to take things to the extreme by using the device as a hammer. That’s right, while it certainly isn’t recommended, it turns out that the Lumia 900 has an extra special unadvertised feature- it makes a pretty decent hammer in a pinch. You can even attempt to bang a nail against the screen and the Lumia 900 doesn’t shatter.

Of course, even the Lumia 900 has its breaking point, and you will notice that they didn’t attempt to drive the nails in with much force, nor did they attempt to take the hammer directly to the phone. Can’t blame them, I wouldn’t want to destroy the poor little thing either. Still, it’s clear that Nokia did a pretty good job in creating a solid phone that can take a little bit of abuse and keep on ticking.