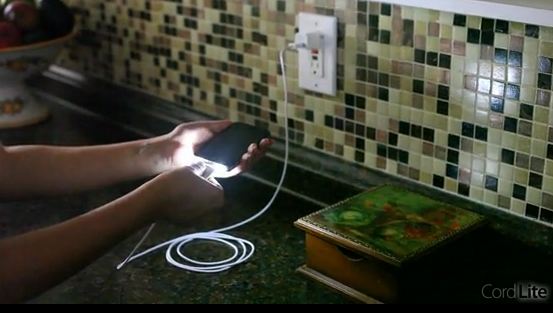 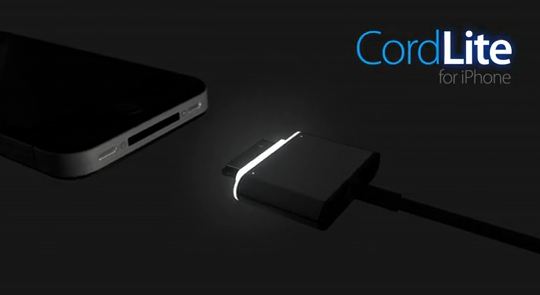 We’ve all encountered this problem. You want to plug in your iPhone to charge, but it’s dark and you can’t see the port. The CordLite fixes that, because it is an illuminated charger cable for your preferred iDevice. No more fumbling in your dark bedroom or in the dark confines of your car at night.

The concept is actually really simple. The CordLite replaces your OEM charging cable and it contains forward-facing LEDs at the port connector part. There are two smaller indicator lights to let you know which way is up. There are no buttons for turning the lights on and off either, as they are touch-activated. It might have been nice to have the lights on the USB end of the cable too, but I’m sure that would have significantly increased the cost and complexity.

You can back this project by hitting up the Kickstarter page. They need the money to start mass production and a pledge of $30 or more will land you one of the first units. If you pledge $45 or more, you get a special laser-etched version.

For now, they’re focusing solely on the CordLite for Apple iPhone, iPad, and iPod, but they have already prototyped a microUSB version that will follow if this initial launch works out well. If everything goes according to plan, the first batch of CordLites for iDevices will ship this fall.